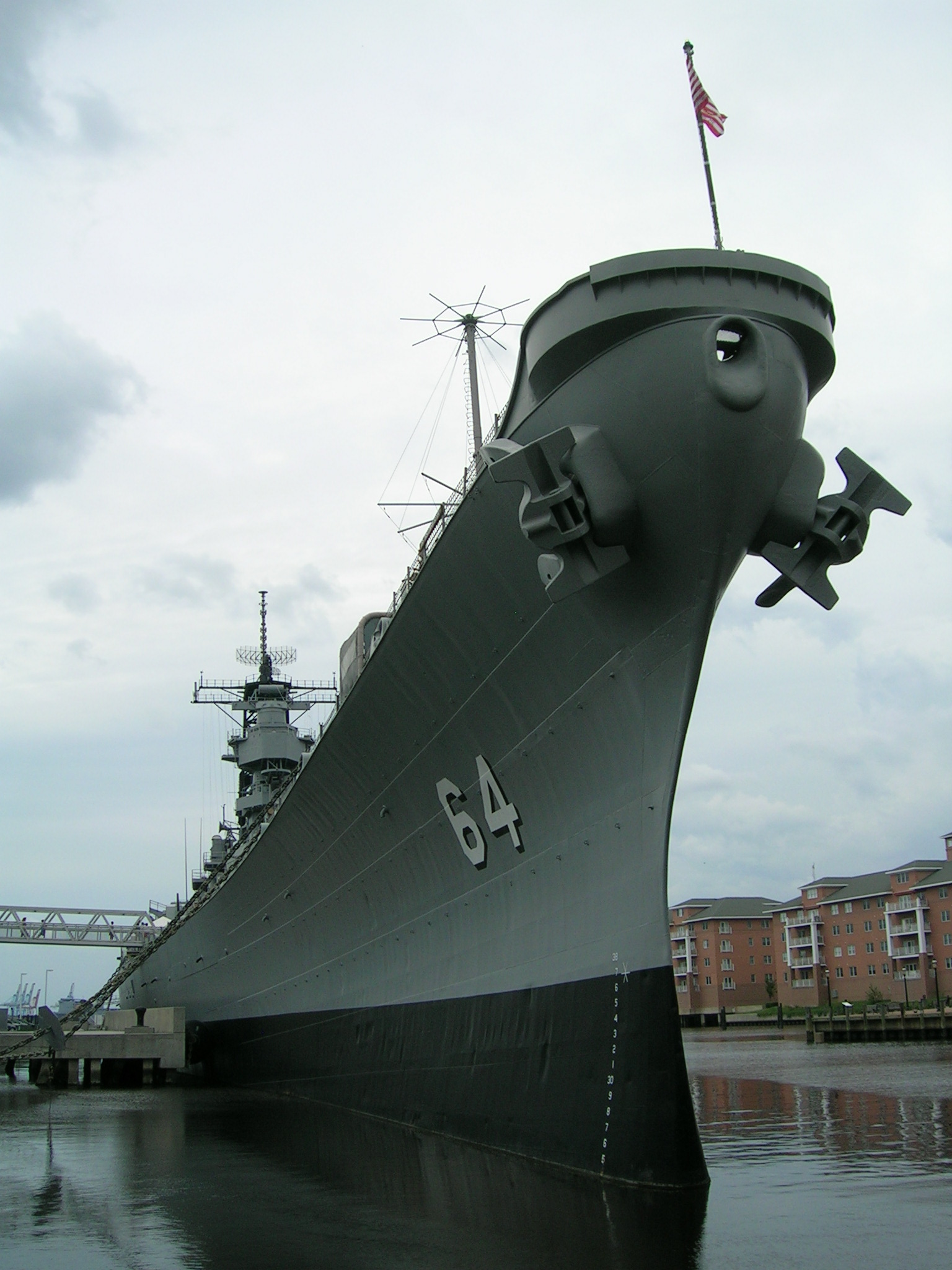 The USS Wisconsin is an Iowa-class battleship, the largest class of battleships the U.S. ever built. The 887-foot vessel was launched on December 7, 1943 (the second anniversary of Pearl Harbor), and commissioned in April 1944. Armed with massive 16-inch, 50-caliber three-gun turrets, the ship could travel at a maximum speed of 33 knots. Because of their fast speed and large numbers of anti-air batteries, the Iowa-class ships escorted and screened aircraft carriers from Japanese air strikes during World War II. The Wisconsin also saw service in the Korean War and the Persian Gulf War. By the end of the Gulf War, however, naval planners determined that the expense of maintaining the Iowa-class vessels outweighed their benefits, and decommissioned the Wisconsin in 1991. Although they underwent extensive alterations during the 1980s, all four of the Iowa-class vessels remain as a testimony to American naval engineering prowess in the first half of the 20th century. As an Iowa-class ship, the Wisconsin is one of the last four battleships built by the U.S. Navy, which laid down the ship’s keel at the Philadelphia Navy Yard in January 1941.