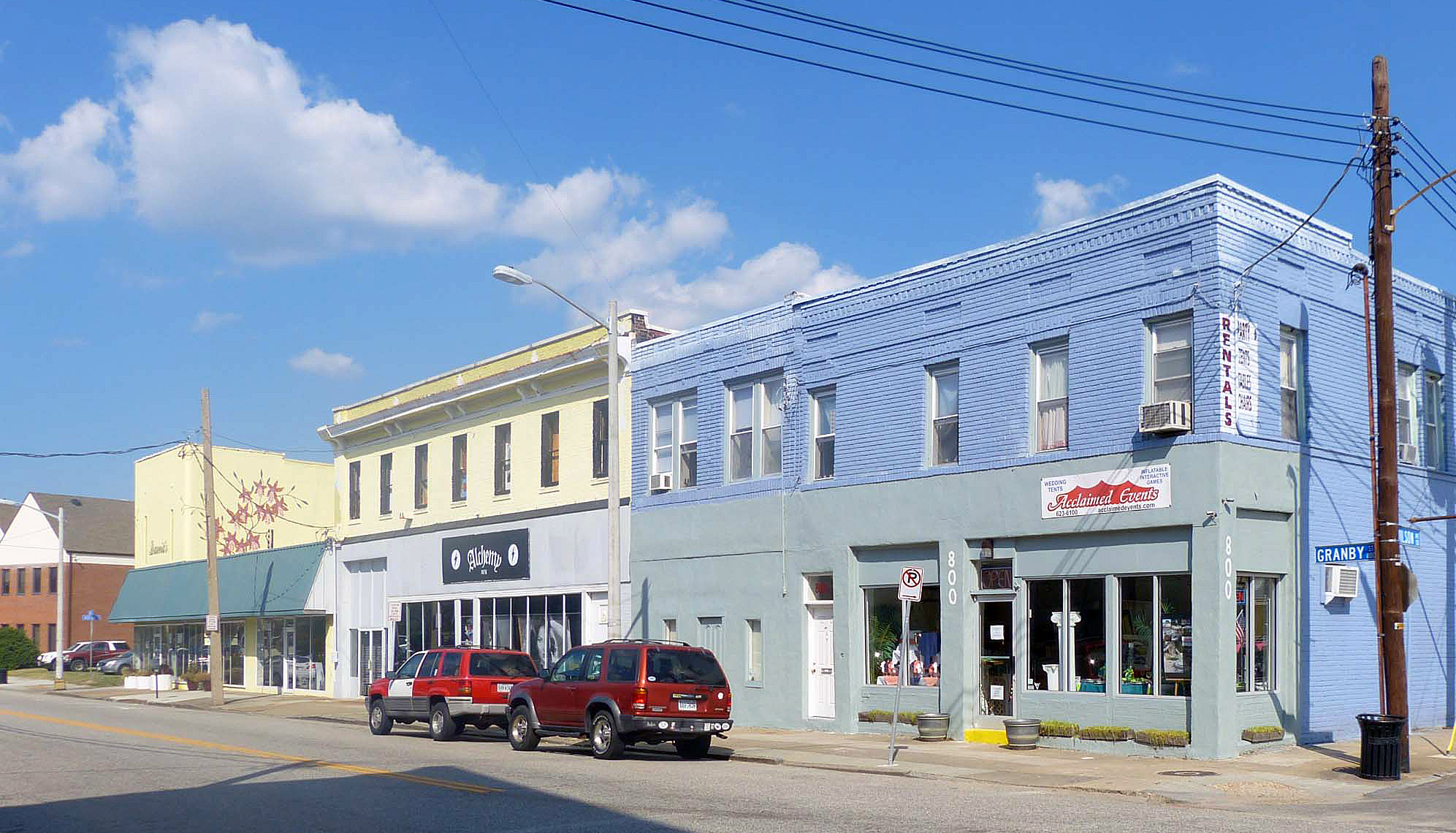 Norfolk Auto Row Historic District, which in addition to structures associated with the sales and service of automobiles, includes buildings affiliated with Norfolk’s major newspaper, television, and radio enterprises, as well as a district office of the Texaco oil company, and the Harrison Opera House (formerly the Centre Theater), constructed in 1944 as an Army and Navy USO theater. With its buildings retaining much of their original character and the earliest one dating to 1907, the area offers a good example in Norfolk of an early-to-mid-20th-century commercial district. It also includes notable examples of several important 20th-century architectural styles including Moderne, Stripped Classical, International, and Art Deco as well as eclectic versions of purpose-built Commercial-style buildings.

A 2018 boundary increase captures four buildings that extend the district’s historic continuity into the post-WW II era and the 1960s. The buildings reflect mid-20th-century construction that offered office space in downtown Norfolk’s expanding commercial corridor, for an urban population increasingly reliant on automobiles, a trend nationwide. The increase showcases two good examples of the Commercial and International styles of architecture of the post-war era. The boundary expansion’s oldest building dates to 1953, and the increased boundary pushes forward the period of significance for the entire district to 1969, when the Duke-Grace Building was completed.
[VLR Listed: 9/20/2018; NRHP Listing: 3/8/2019]