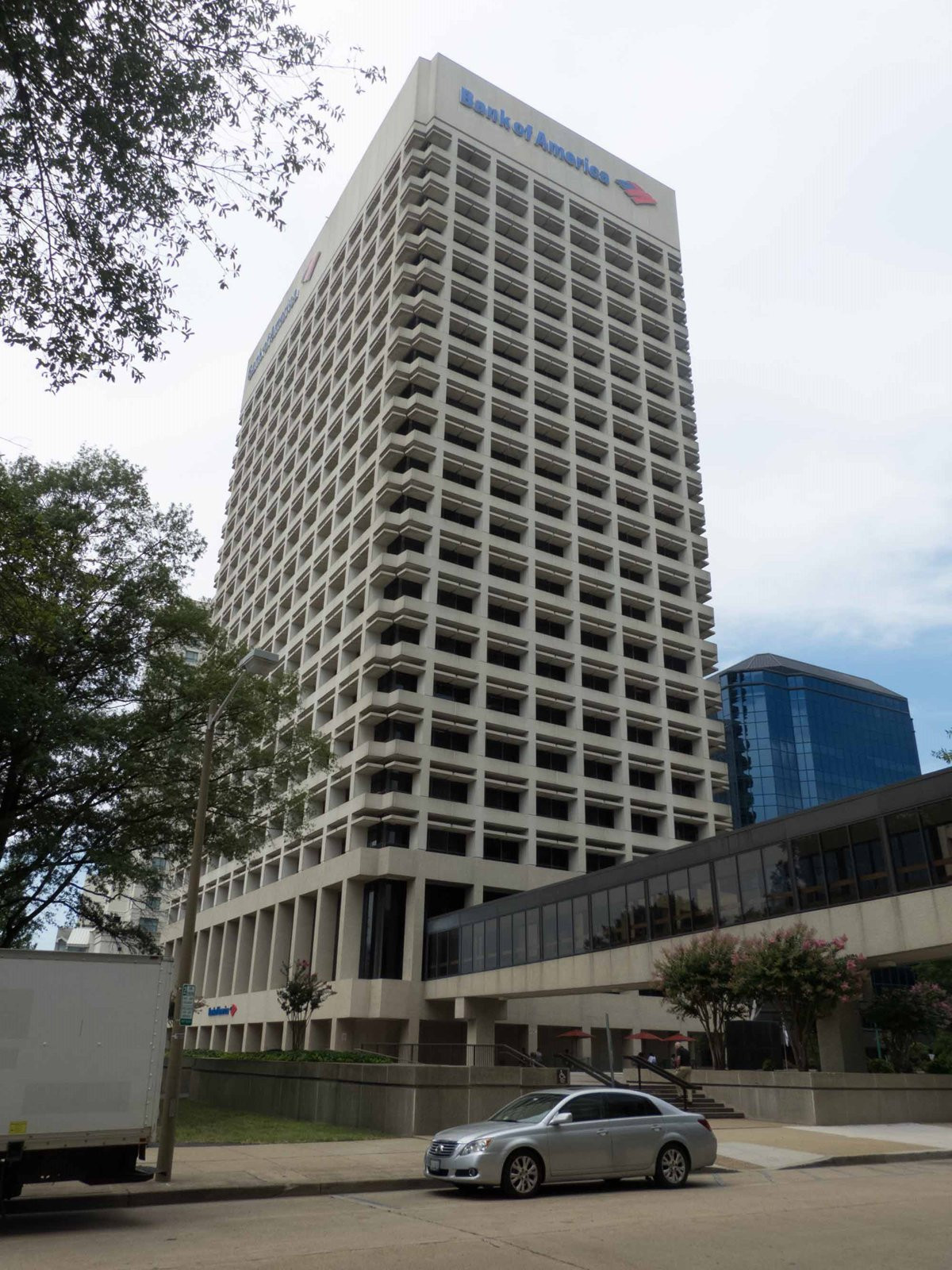 Centered on a 308-foot-tall, 24-story skyscraper, Norfolk’s Virginia National Bank Headquarters Historic District is an outstanding example of mid-20th-century Modern skyscraper design that embodies the era’s construction methods in southeast Virginia. Erected between 1965 and 1967, it arose under the direction of its designers, Skidmore, Owings & Merrill (SOM), among the most nationally important American architectural firms at the time, and with support from the prominent Norfolk firm Williams, Tazewell & Associates. Exhibiting the latest design features and elements of its day, the bank headquarters marked the arrival of Virginia National Bank as a major financial force in the commonwealth and the mid-Atlantic region. The construction of the building, accompanying plaza, and parking deck, all located on more than four acres, led the transformation and revitalization of Norfolk’s downtown and elevated the city’s importance in the mid-Atlantic region.