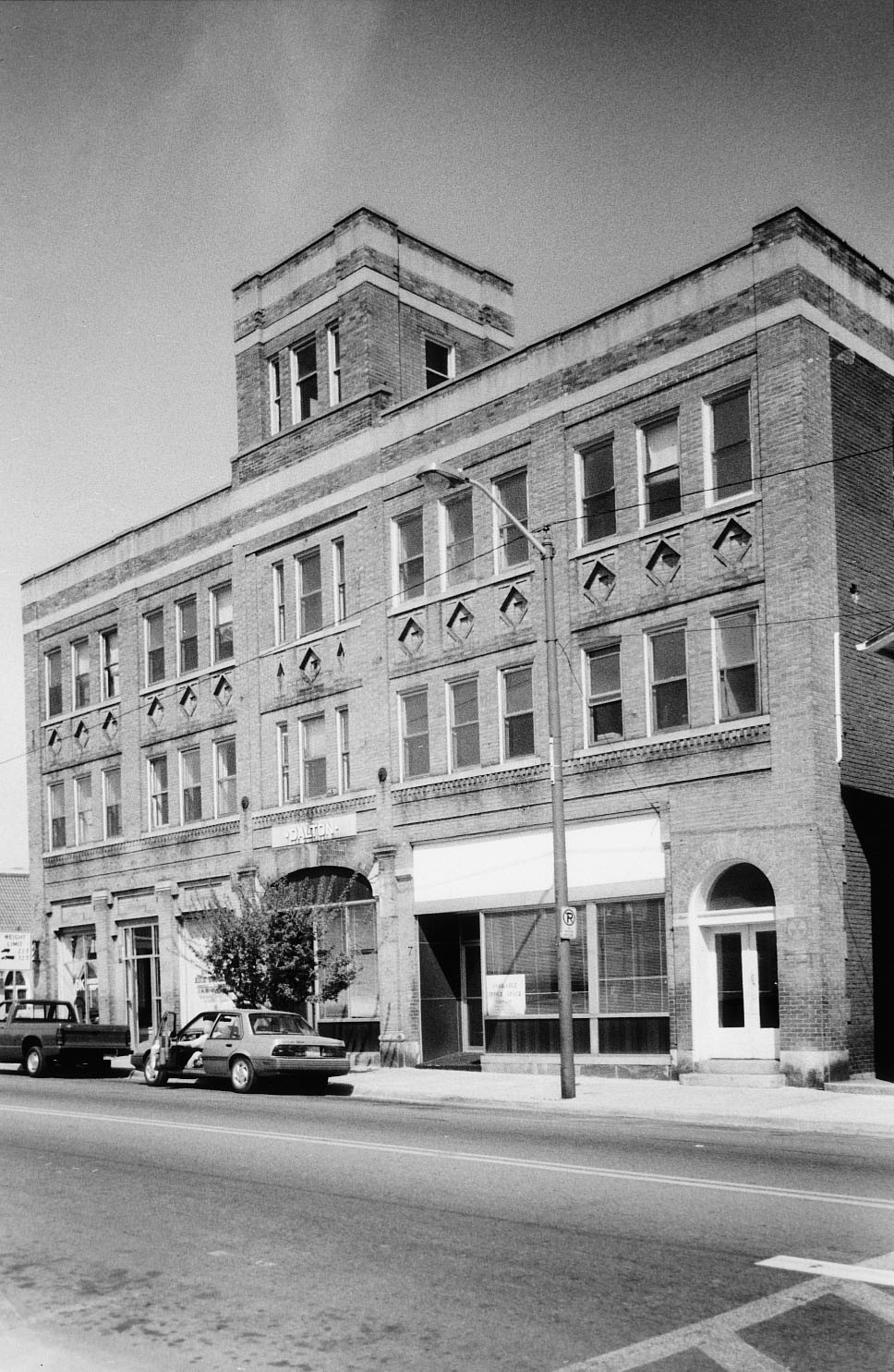 Designed by James C. Lombard and Co. of Washington D.C., and opened in 1921, the Dalton Theatre followed the prototype theater design of Louis Sullivan’s Auditorium Theatre in Chicago, in which the theater section is fronted by an office building. Its original owner was the firm of Dalton Brothers and Richardson. The plain, business-like exterior contrasted with rich plasterwork decorations of the theater interior which collapsed in a flood over a decade ago. The original tenants of the shopfronts were a bank and a drugstore; offices and apartments occupied the upper two floors. The theater had one of the largest stage areas on the rail line between Richmond and Tennessee and accommodated vaudeville performances in its heyday. Vaudeville shows ended by the 1930s but the theater continued to show films until the mid-1960s.