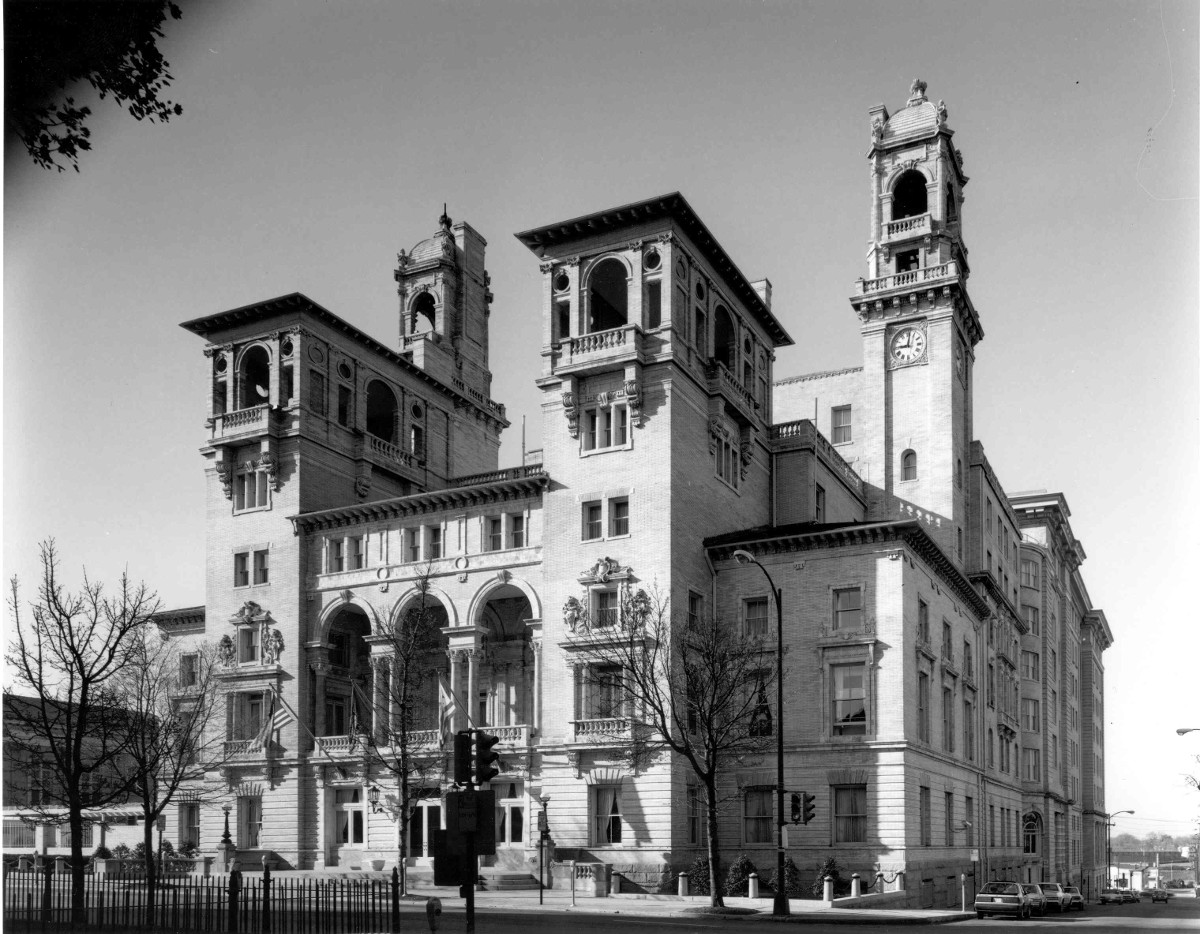 The opulence of America’s Gilded Age was given full expression in the hotel commissioned in the 1890s by Richmond tobacconist Maj. Lewis Ginter. Ginter engaged the New York firm of Carrere and Hastings, a leading practitioner of the Beaux Arts style, and charged it to provide the finest hostelry in the South. Completed in 1895, the Renaissance Revival masterpiece, inspired by Rome’s Villa Medici, exhibits an exuberance seldom seen in commercial buildings. The magnificent interior featured a regal progression of public rooms in addition to its 342 guest rooms. A fire destroyed the south half of the building, but it was sympathetically rebuilt in 1901 by Norfolk architect J. Kevan Peebles, who replaced the original glass-and-iron court with the present Edwardian Baroque lobby and its grand stair. A comprehensive rehabilitation has returned this architectural and social landmark to its former magnificence.