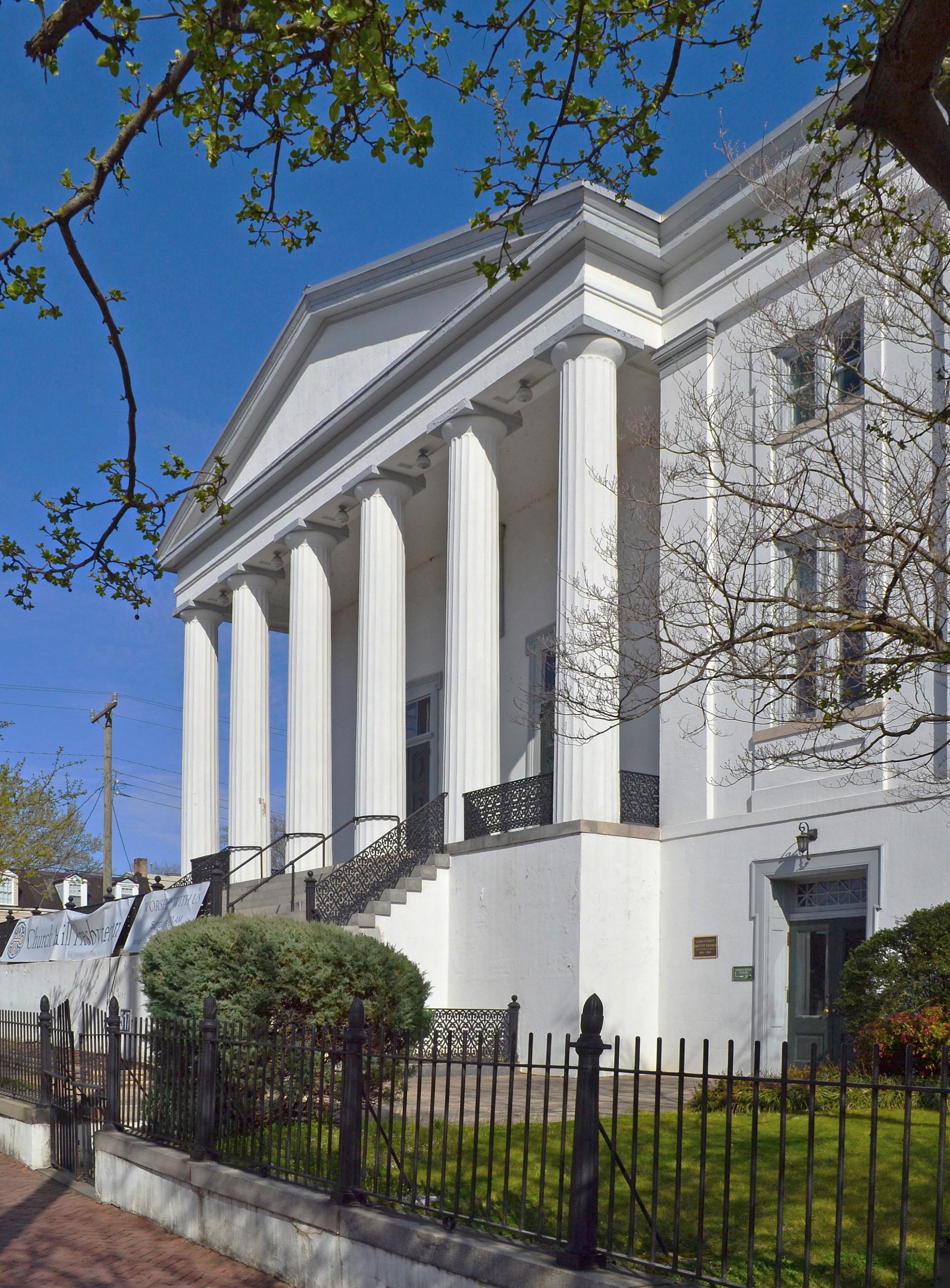 The Greek Revival Leigh Street Baptist Church, one of the architectural highlights of Richmond’s venerable North Church Hill neighborhood, was designed by Philadelphia architect Samuel Sloan and was completed in 1857. Sloan, in addition to his numerous commissions, was the author of The Model Architect (1852), a design book which had a great influence on the architecture of mid-19th-century America. The church’s congregation was organized in the early 1850s by Baptist missionary Reuben Ford, and under its auspices seven other Richmond Baptist churches were started. It is the oldest traditionally white Baptist church in the city still occupied by its congregation. Although the interior has been remodeled and the south wall hidden by a later wing, Sloan’s restrained design, dominated by a hexastyle Greek Doric portico, remains a potent architectural statement.