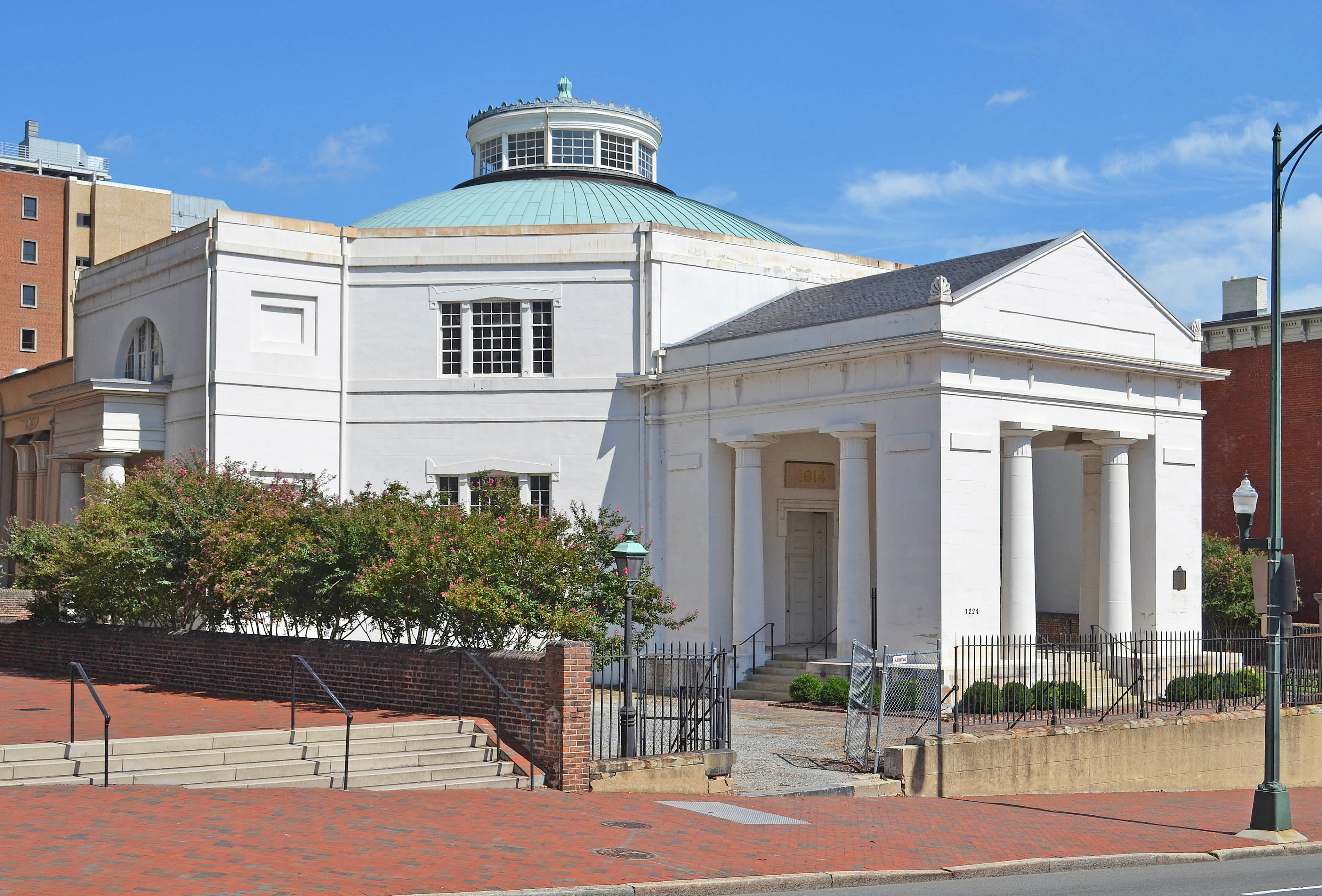 An architectural landmark of national significance, Monumental Church was built in 1812-14 as a memorial to seventy-two people who perished in an 1811 theater fire at this site. Its architect, Robert Mills, studied under both Thomas Jefferson and Benjamin Henry Latrobe and combined elements favored by both his mentors. The octagonal form and Delorme-type dome were features admired by Jefferson. The Greek Doric order and the refined, highly personalized classical details were hallmarks of Latrobe’s work. Mills’s design heralded a new approach for the state’s ecclesiastical architecture, treating the interior as an auditorium with the principal focus on the pulpit. Monumental Church served an Episcopal parish until 1965 when it became a chapel for the Medical College of Virginia. The building is now owned by the Historic Richmond Foundation.