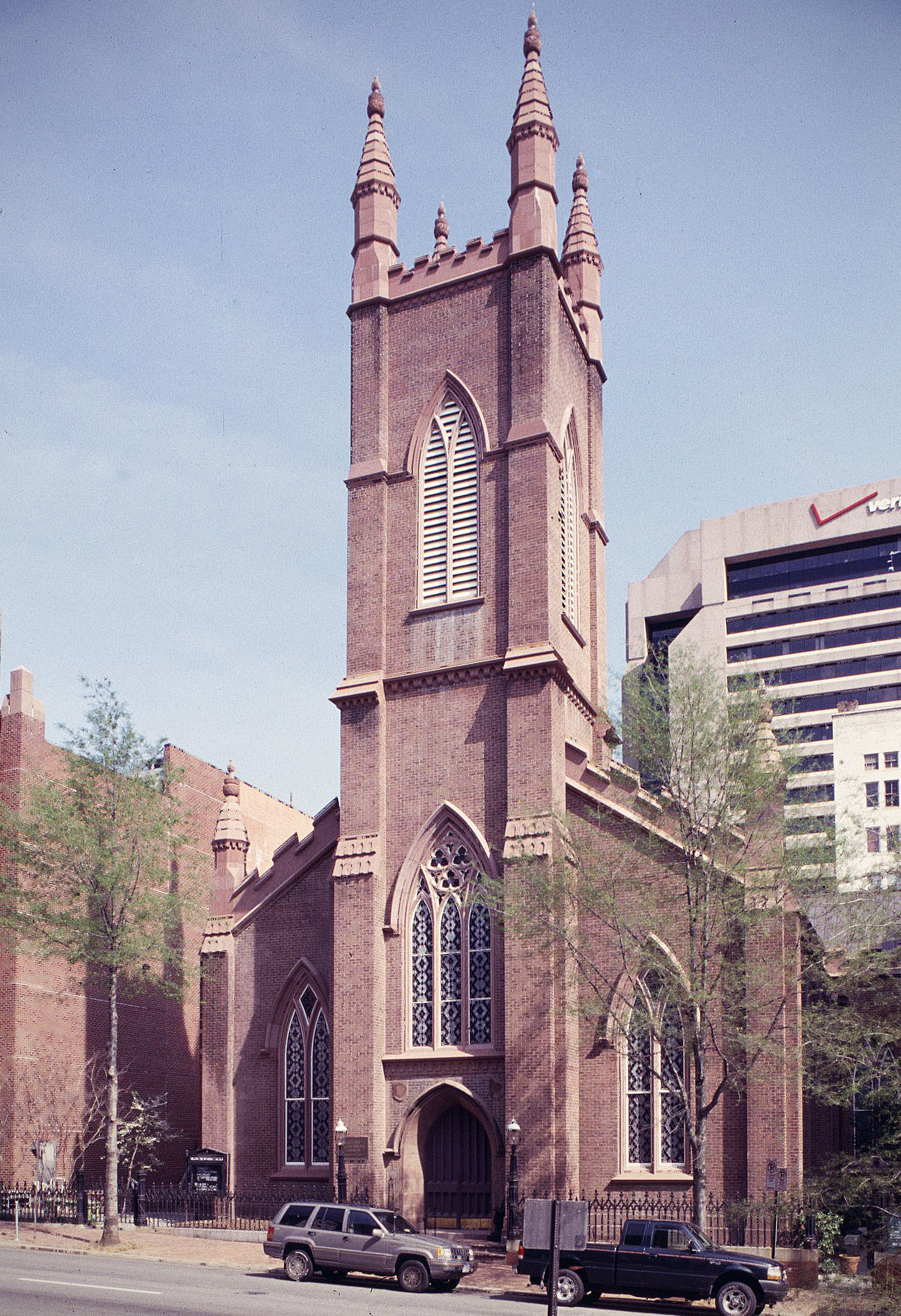 In its endeavor to build a church that would be “the most symmetrical and pleasing to an educated eye,” the congregation of Richmond’s Second Presbyterian authorized a committee to call on the eminent Brooklyn architect Minard Lafever. A set of plans was purchased, and the church was completed in 1848. The resulting work, Virginia’s only Lafever building, is a demonstration of the strength and inspirational quality of the Gothic Revival. The restrained exterior, dominated by a pinnacled tower, contrasts with the lofty interior with its magnificent hammerbeam ceiling. The church was later expanded with the addition of transepts consistent with Lafever’s work. A rear chapel served as a hospital in the Civil War and was redesigned in the early-20th-century by William C. Noland. The Rev. Dr. Moses Drury Hoge, a renowned 19th-century preacher, was pastor of Second Presbyterian from 1845 to 1899. The church also contributes to Richmond’s Fifth and Main Downtown Historic District.