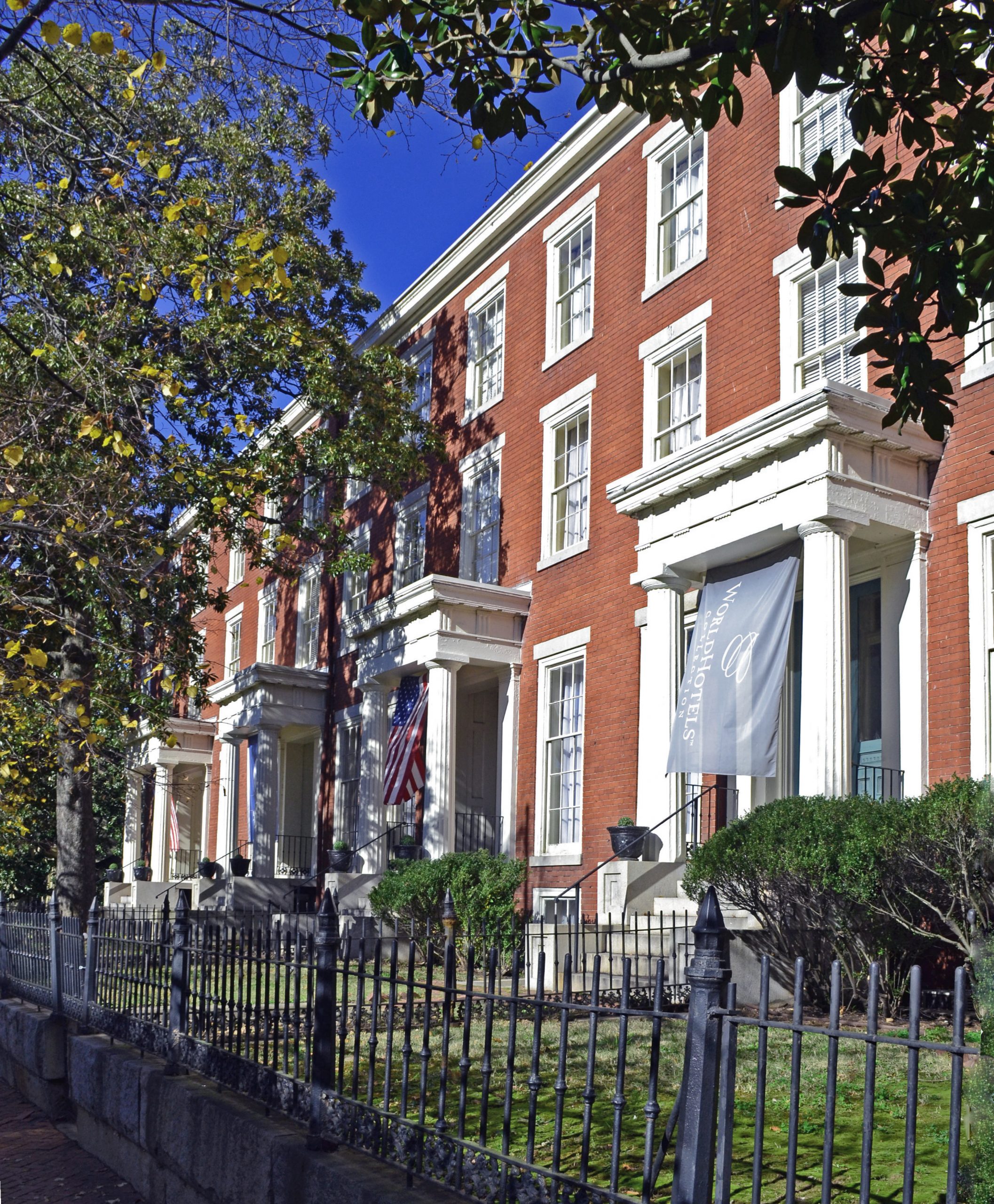 The British concept of connected town houses, or a terrace, is effectively interpreted in red brick and crisp wooden trim on Linden Row, a block of architecturally unified dwellings in downtown Richmond, designed by Otis Manson. Named for the linden trees that once shaded a garden on the site, the original eastern five houses were erected as a business venture by Fleming James in 1847. The block was completed in 1853 by Samuel and Alexander Rutherfoord. The simple, straightforward facades serve to set off the beautifully executed Greek Doric entrance porticoes. Linden Row was long a sought-after address, housing families, schools, and businesses. The two easternmost houses were demolished in 1922. Between 1950 and 1957 the remaining houses were purchased by Richmond preservationist Mary Wingfield Scott, who in 1980 gave Linden Row to the Historic Richmond Foundation. The row has since been restored as the Linden Row Inn.