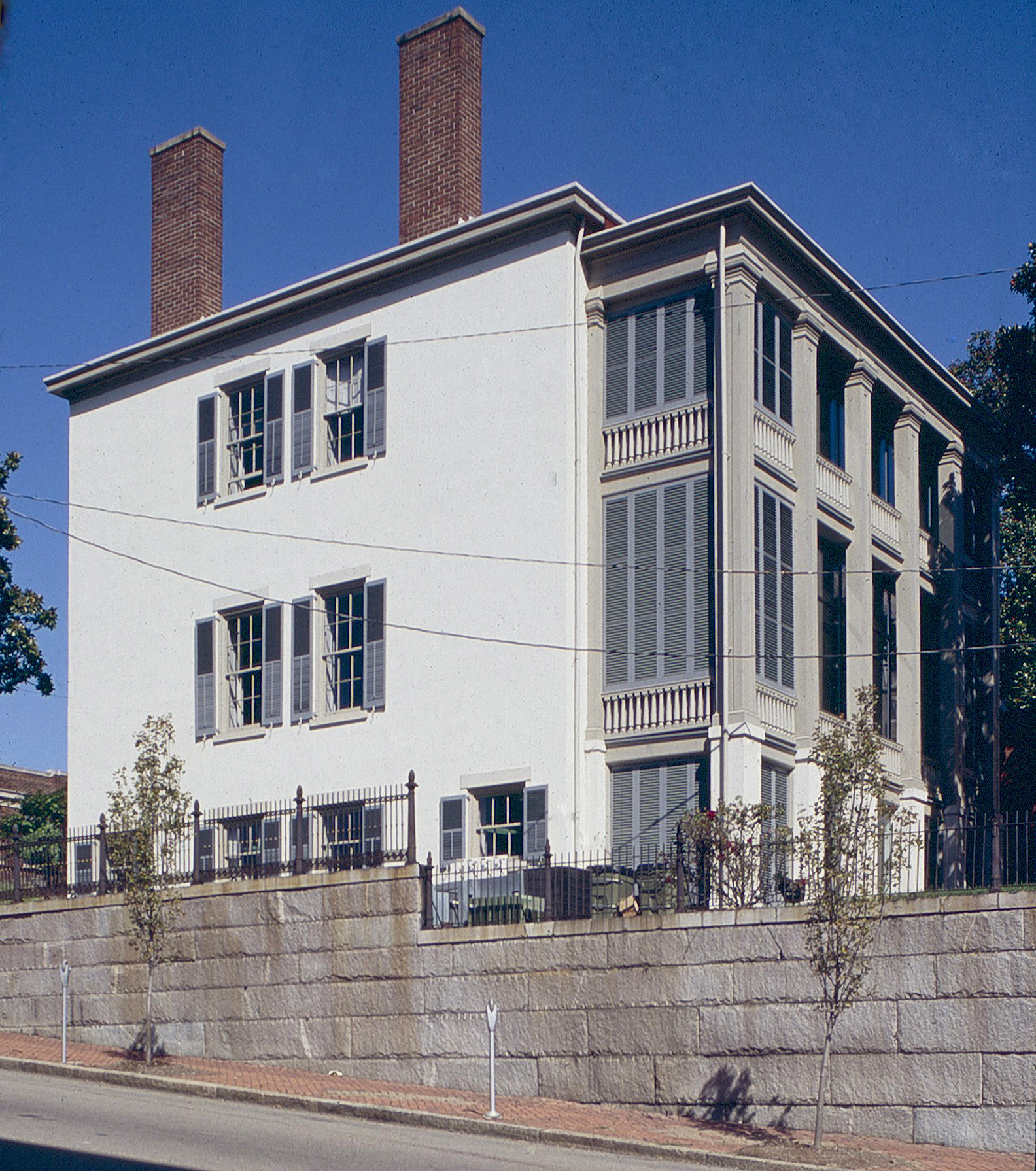 The Greek Revival Barret House mansion is a vestige of the antebellum dwellings formerly spread over Richmond’s hills. It was built in 1844 for William Barret, son of John Barret, a three-term mayor. Barret, a tobacconist, was regarded as the city’s richest citizen at his death in 1870. In 1876 the house was rented to the vicomte de Sibour, the French consul. It was spared demolition in 1936 when purchased by Richmond architectural historian Mary Wingfield Scott and her cousin Mrs. John Bocock. Scott donated the property in 1978 to the Virginia Foundation for Architectural Education. It was then utilized as the headquarters of the Virginia Society of the American Institute of Architects. The Barret House contributes to the Fifth and Main Downtown Historic District. Typical of Richmond’s finer antebellum houses, the rear elevation has a monumental portico. The interior preserves noteworthy Greek Revival woodwork and decorative painting. Also on the property is a carriage house with servants’ quarters.