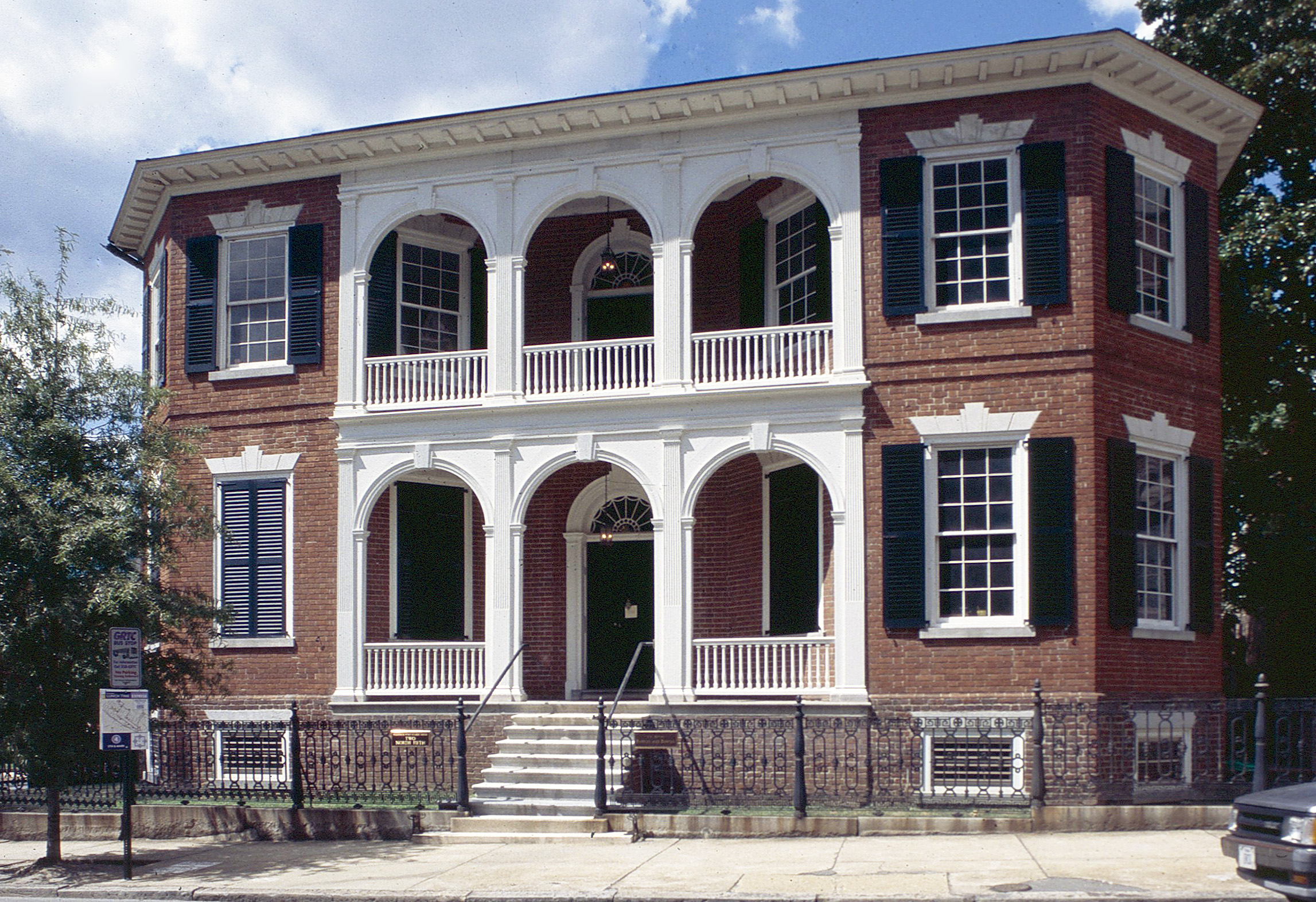 Benjamin Henry Latrobe’s designs for Richmond houses with demi-octagonal bays provided the prototype for Michael Hancock’s 1809 dwelling, a surviving example of the many elegant Federal houses that once graced the city. The arcaded gallery, Flemish-bond brickwork, marble trim, and interior woodwork are all of the highest quality and unite to form a distinctive composition. Much of the interior detailing is based on designs in William Pain’s Carpenter’s and Joiner’s Repository, an 18th-century English design book. The house was purchased in 1816 by William Wirt, a year before he was named U.S. attorney general. It next served as the home of two Richmond mayors, Benjamin Tate and later his son Joseph, and was long the residence of Mrs. Benjamin Caskie, who died in 1941. In private ownership, and located in the Fifth and Main Downtown Historic District, the house later underwent a long-term, museum-quality restoration.