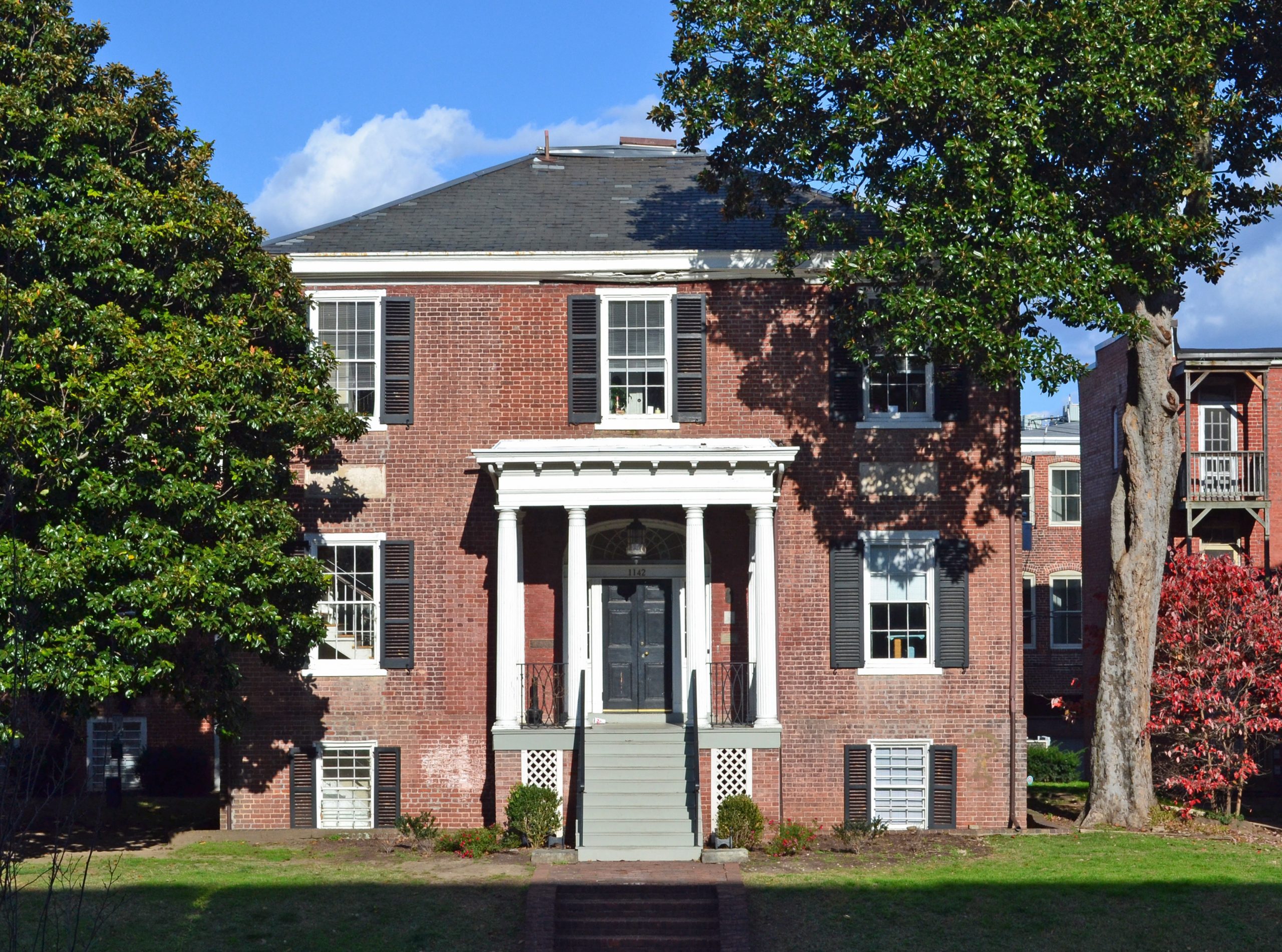 A rare surviving high-style Federal villa, Columbia was built in 1817-18 for Philip Haxall of Petersburg who moved to Richmond in 1810 to operate the Columbia Flour Mills, from which the house derives its name. The Virginia Baptist Educational Society purchased the property in 1834 and made it the main academic building of Richmond College, later the University of Richmond. Except during the Civil War when the house was a Confederate hospital and later a Union barracks, Columbia functioned for a century and a half as an educational facility. It housed the university’s T. C. Williams School of Law from 1917 to 1954, and received a large wing in 1924. In 1984 Columbia was purchased by The American Historical Foundation for its headquarters. Although altered, the interior retains much important Federal-period fabric, including marble mantels, decorative plasterwork, and carved woodwork.