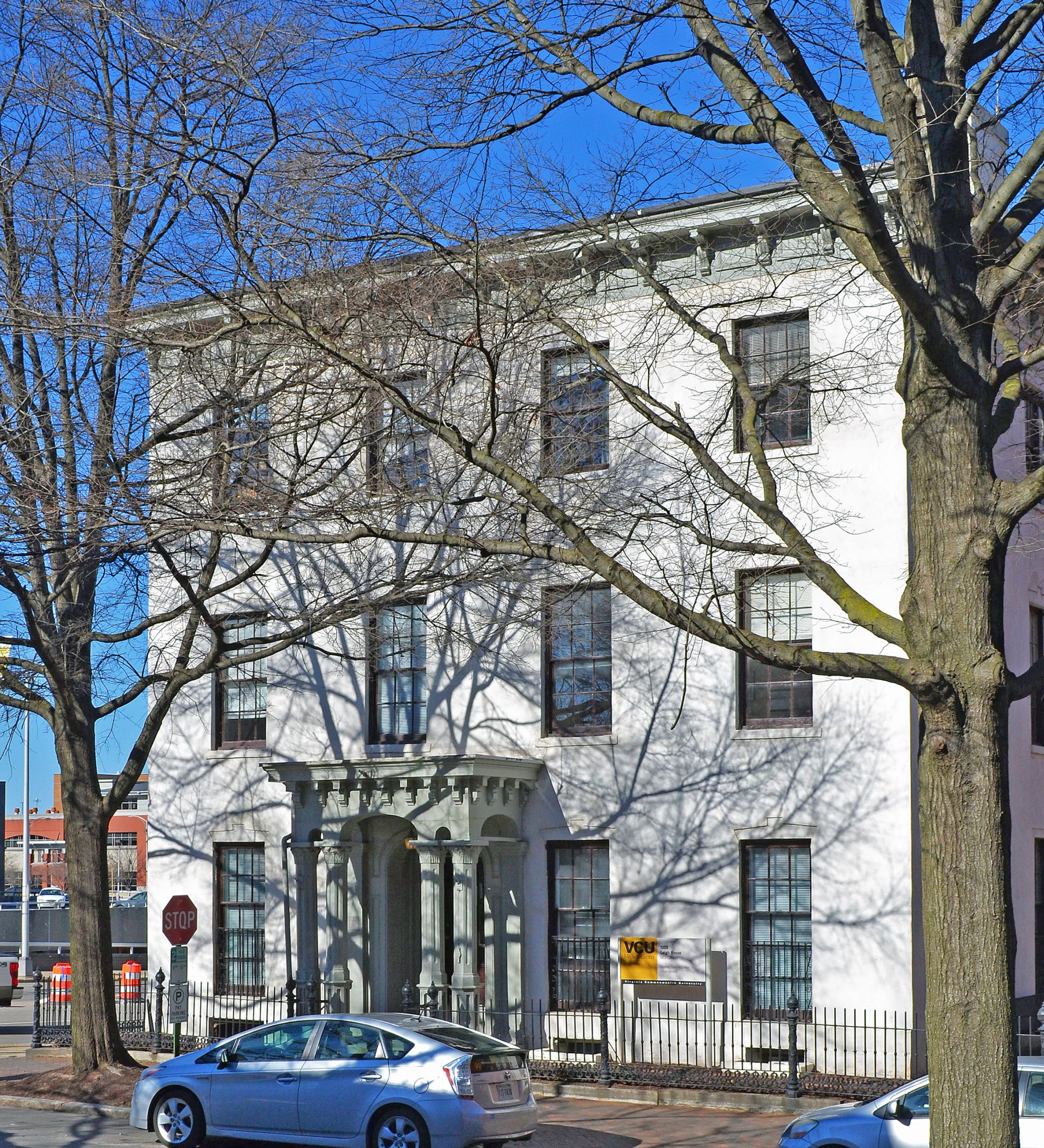 John Wickham, original owner of the famous mansion across East Clay Street that later became the Valentine Museum, had this capacious four-bay town house built for his daughter Julia between 1812 and 1816. Julia Wickham Leigh and her husband, Benjamin Watkins Leigh, a Richmond lawyer who served in the U.S. Senate during the Jackson administration, were living there by 1826. The house, an unusually large dwelling for early-19th-century Richmond, was remodeled in the Italianate mode with a bracketed porch and cornice after 1851 when it was sold to Lieutenant Governor John M. Gregory. In 1932, the house was incorporated into the Sheltering Arms Hospital complex. It is now used for offices by the nearby Medical College of Virginia, Virginia Commonwealth University.