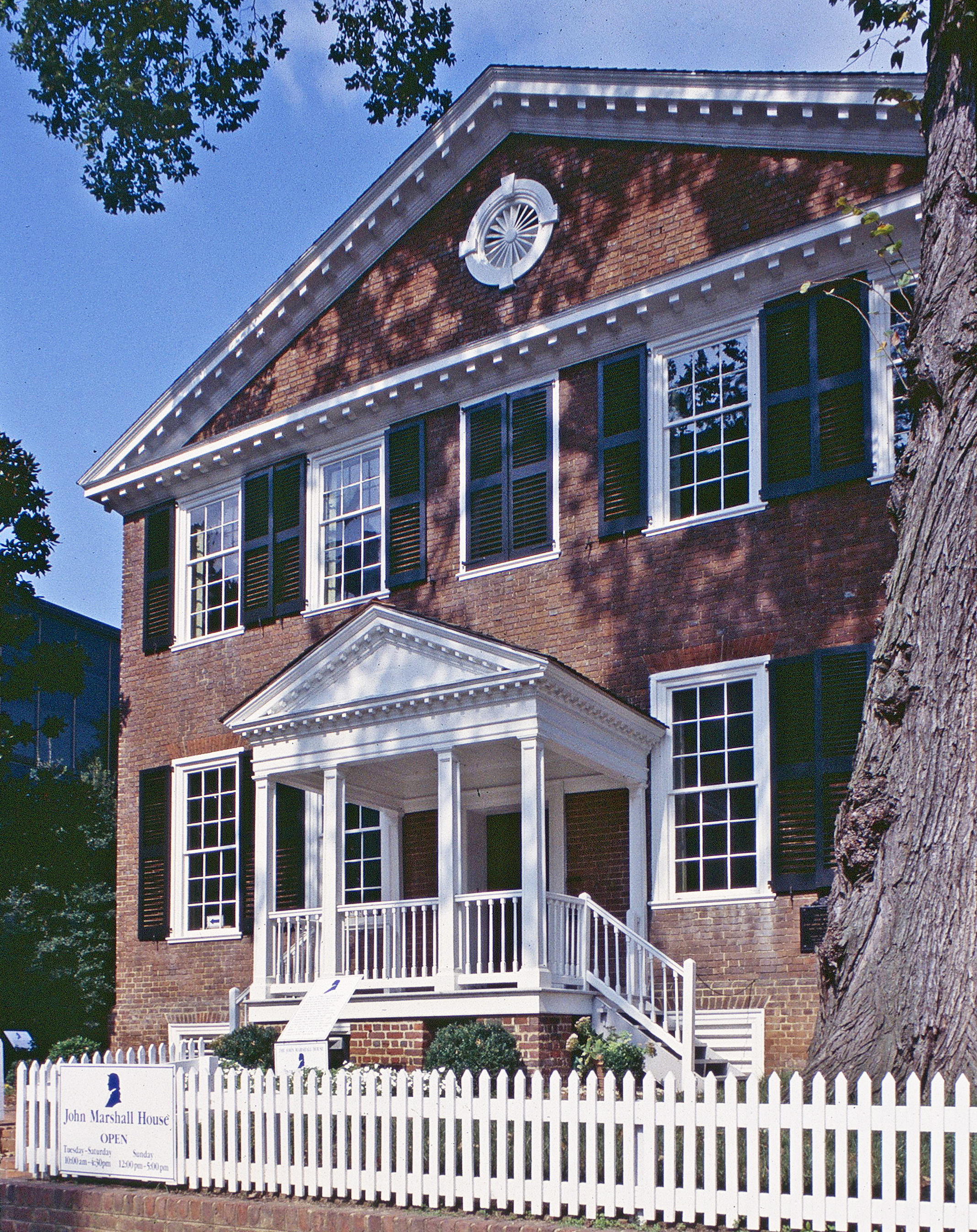 John Marshall, chief justice of the U.S. Supreme Court, built this dignified Georgian house in 1790 and made it his home for forty-five years. Marshall was appointed to his high post in 1801 and held the position until his death in 1835. Although his judicial duties took him away from Richmond for months at a time, he was able to spend long periods at home, writing many of his decisions establishing the fundamental principles for constitutional interpretation. The house, one of the oldest brick dwellings in Richmond, was owned by Marshall descendants until 1907. It was rescued from threatened demolition that same year following its purchase by the city. In 1911 it was placed in the perpetual care of the Association for the Preservation of Virginia Antiquities (now Preservation Virginia). The restored dwelling is now a museum furnished with many of Marshall’s possessions.