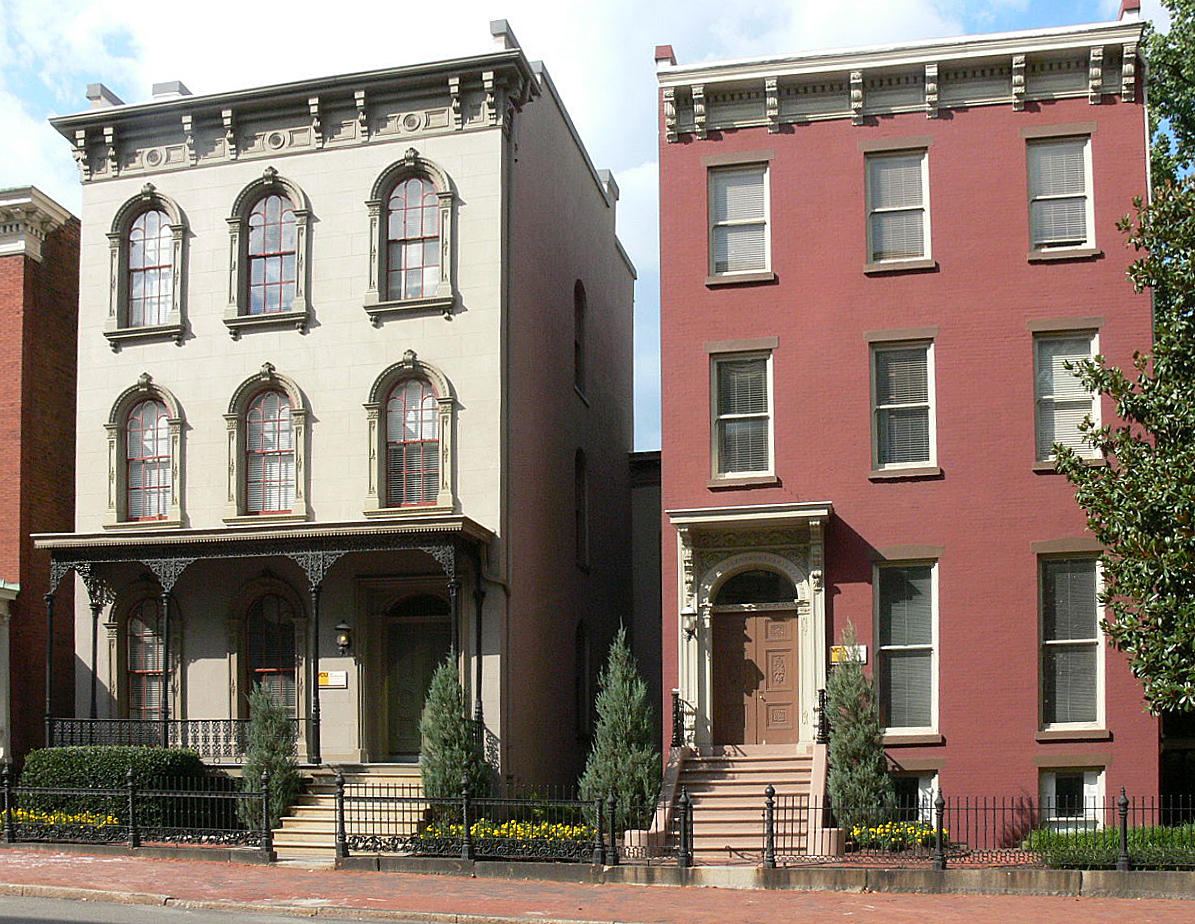 Surrounded by the stark modernity of the Medical College of Virginia, these two town houses were once part of a well-to-do residential neighborhood. Similar in their use of the Italianate style with side-hall plans, the two houses were built for Samuel Ayres in 1859. From 1862 until 1894 they were the residences of Samuel and Stephen Putney, father and son shoe manufacturers. The two-tiered, cast-iron veranda on the Stephen Putney House was produced by the local Phoenix Iron Works and is the most ambitious production of domestic ironwork in a city famed for cast iron. Both houses have been restored for use as offices by Virginia Commonwealth University. Fragments of painted trompe l’oeil architectural panels were discovered on the parlor walls of the Stephen Putney House during the restoration and were skillfully repainted.