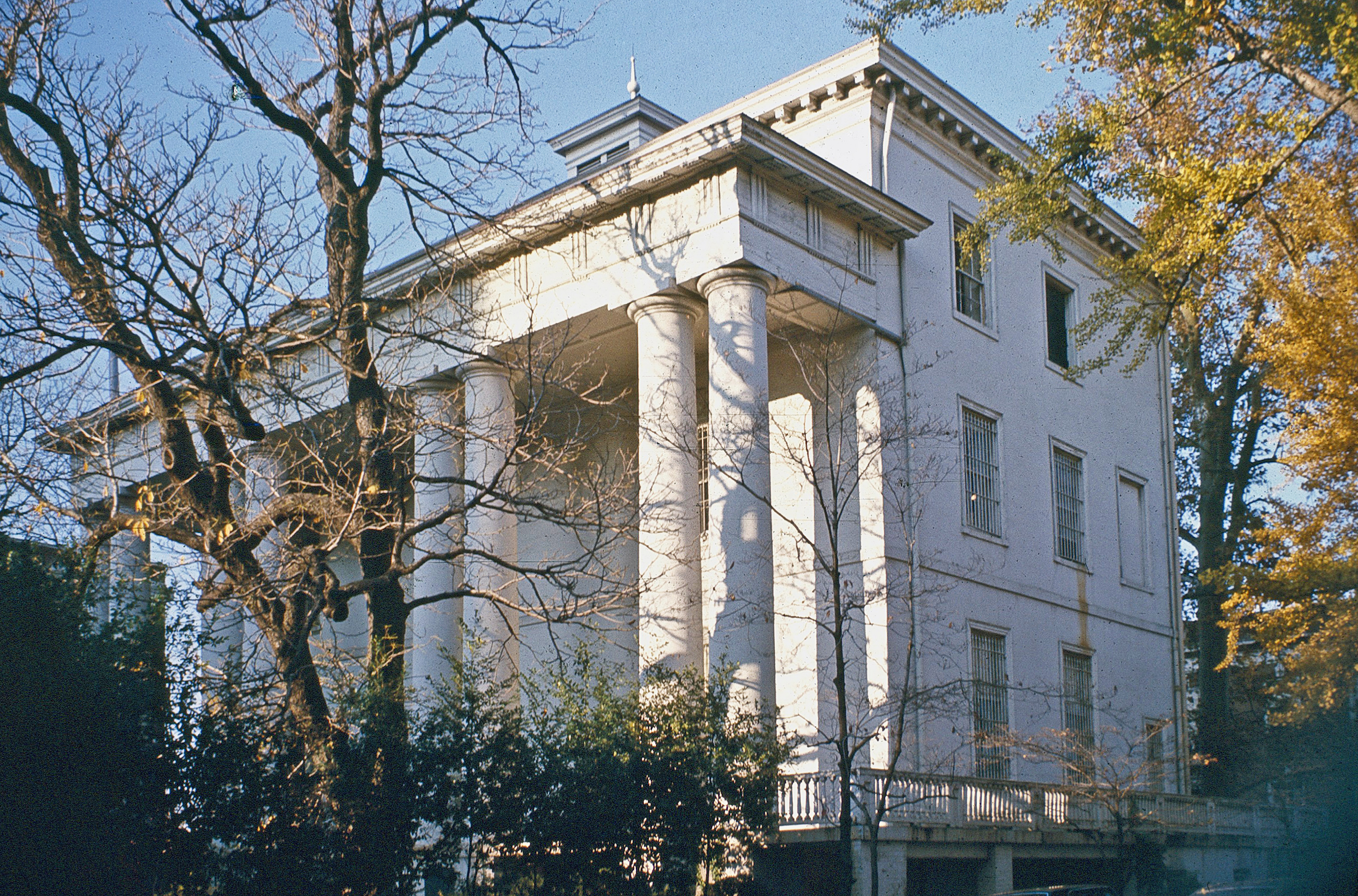 Built in 1818 for Dr. John Brockenbrough, this stately mansion served as the official residence of Confederate President Jefferson Davis from 1861 to 1865. It was seized by Union forces on April 3, 1865, visited briefly by Abraham Lincoln the following day, and held by the U. S. government until 1870 when it became a public school. In 1893 it was acquired by the Confederate Memorial Literary Society and was made into a museum of Confederate memorabilia now known as The Museum of the Confederacy. Some sources attribute the original two-story design to Robert Mills, but evidence is ambiguous. A third story and rococo-style interior details were added in 1857. The interior was gutted in 1894 when the building was made fireproof, but most original trim was saved and reinstalled. A restoration in the mid-1990s recaptured the wartime mid-Victorian elegance of the principal rooms.