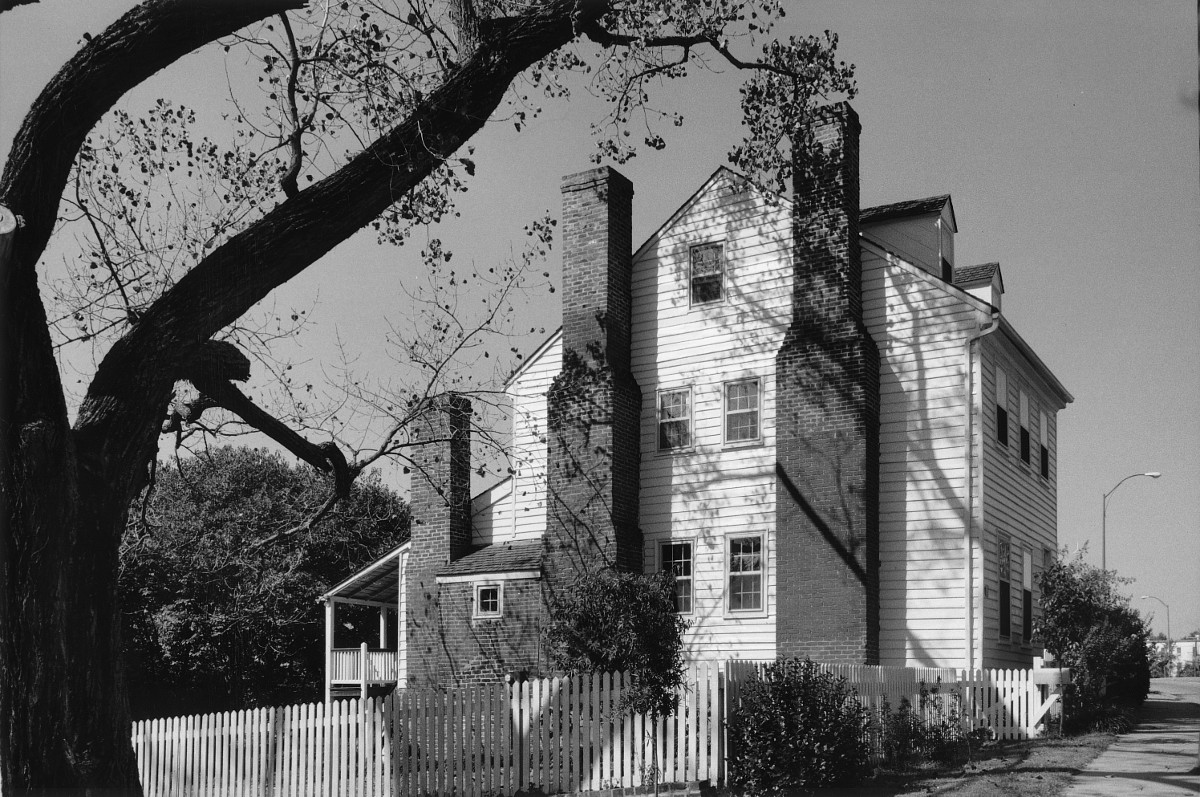 John Woodward, captain of the sloop Rachell and other ships operating out of the nearby port of Rocketts, occupied this wood-frame dwelling in the first two decades of the 19th century. The house is the only remaining building of the dockside neighborhood where ship captains and sailors, harbormasters and tobacco inspectors, tavern keepers and draymen, and assorted craftsmen and laborers once lived and worked. Much evolved and enlarged over the years, the house began before 1780 as a modest one-room cottage. Its present appearance was achieved by 1829 when the front two-and-a-half-story portion was added. Captain Woodward’s house was spared a proposed demolition in 1974 and acquired by the Historic Richmond Foundation. It has since been sold and restored as a private residence.