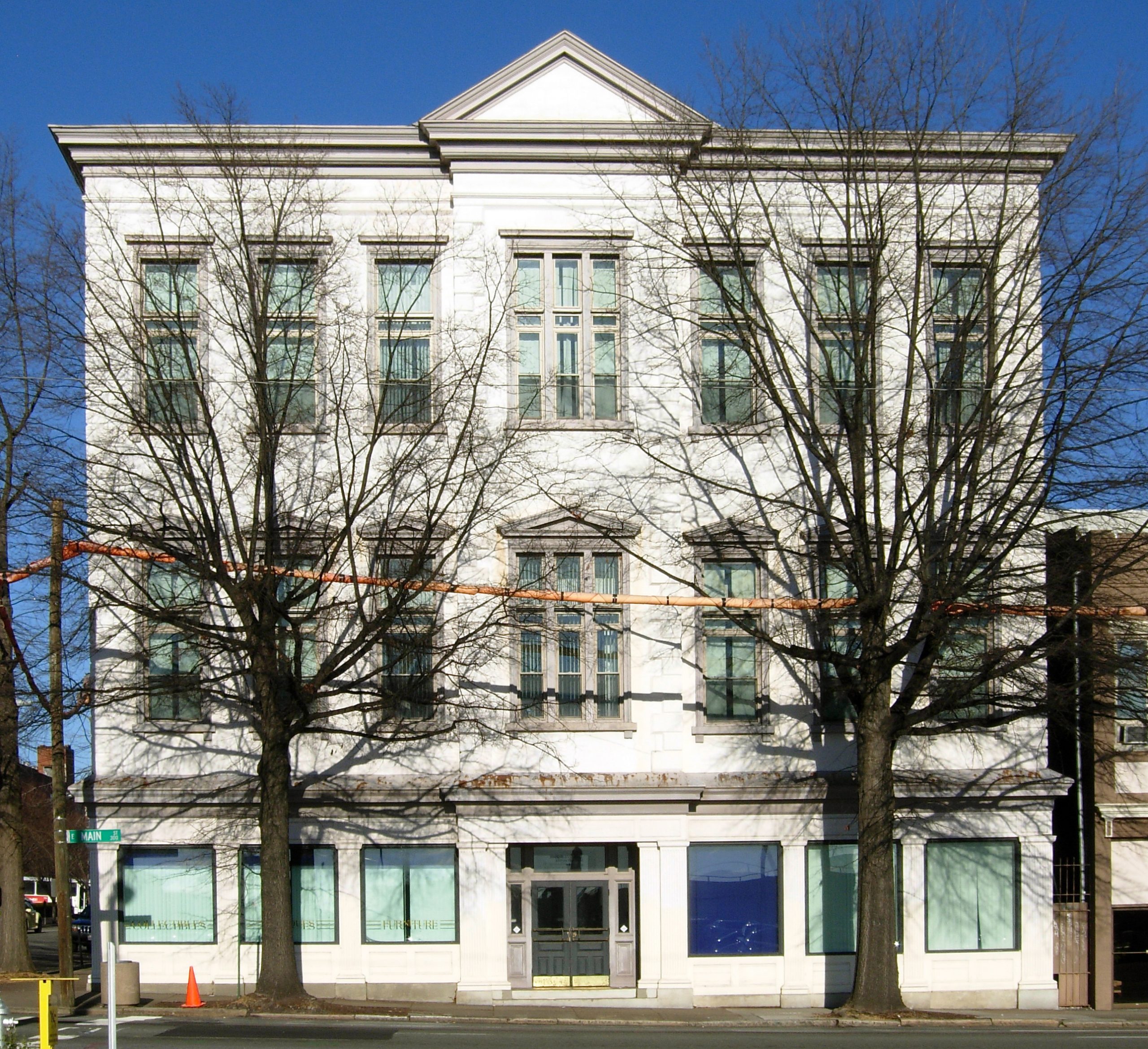 Construction of this Masonic temple, St. Alban’s Hall, began two years after central Richmond burned at the end of the Civil War. Its completion marked part of the city’s return to normal life. A prototype for later Masonic buildings in Richmond, the hall contained shops and a concert hall as well as Masonic meeting rooms. The commodious facility quickly became a center of postwar Richmond’s social and political life. Long abandoned by the Masons, the building was sympathetically renovated for commercial use in 1982. Its tall ceilings give the building an exaggerated verticality. Its stuccoed walls, pedimented windows, and rusticated corners show the influence of the Renaissance Revival or Tuscan Palazzo mode, a style popular in the North in the 1860s but rarely found in the war-ravaged South.  St. Alban’s Hall contributes to the Fifth and Main Downtown Historic District.