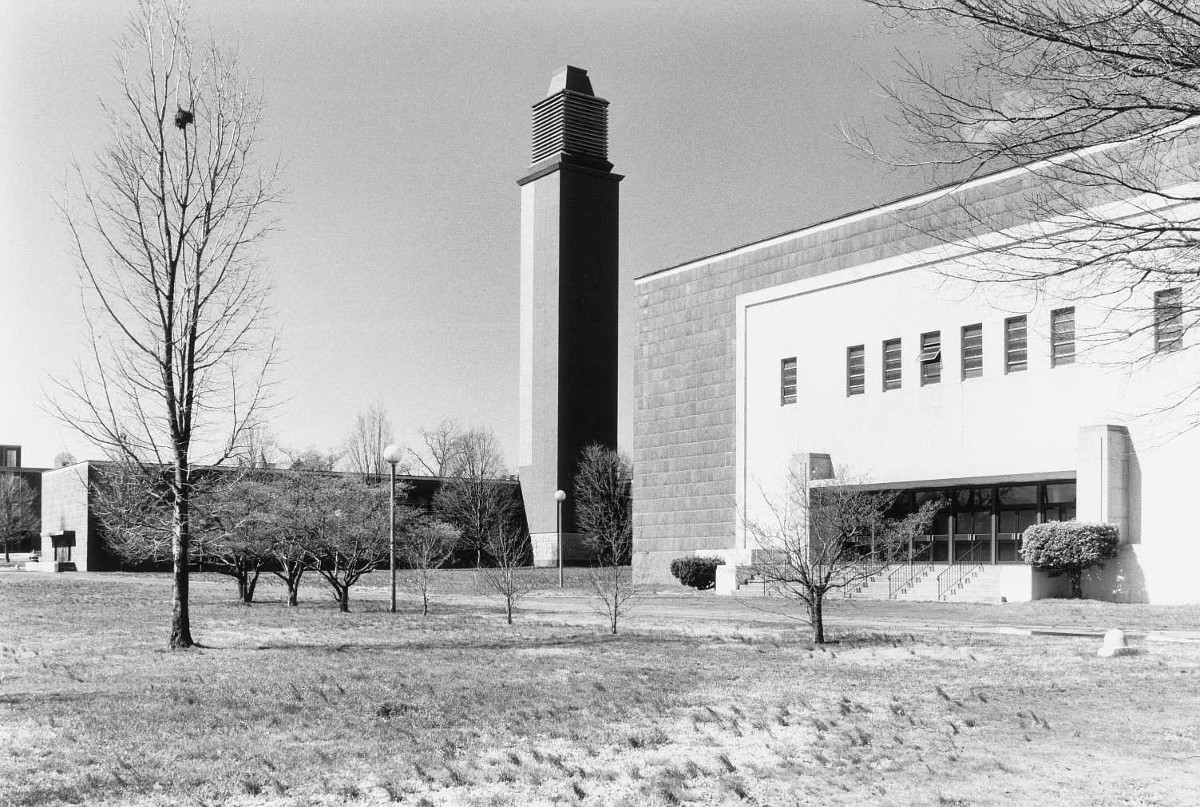 This singular architectural work was originally the Belgian Pavilion for the 1939 New York World’s Fair. It was designed by the Belgian architects Victor Bourgeois and Leon Stijnen under the direction of Henri Van de Velde, a pioneer of the modernist movement. It was intended to be dismantled and rebuilt in Belgium after the fair, but the outbreak of World War II led to its donation to Virginia Union University, where it was re-erected in 1941. The choice of Richmond stemmed from the availability of a good site and the historically African American school’s need for additional facilities. Dominated by what was originally a clock tower containing a carillon, the sprawling building with its clean geometry is a monument of the 1930s International Style. Near the base of the building are sculptural panels relating to Belgium and the former Belgian Congo.