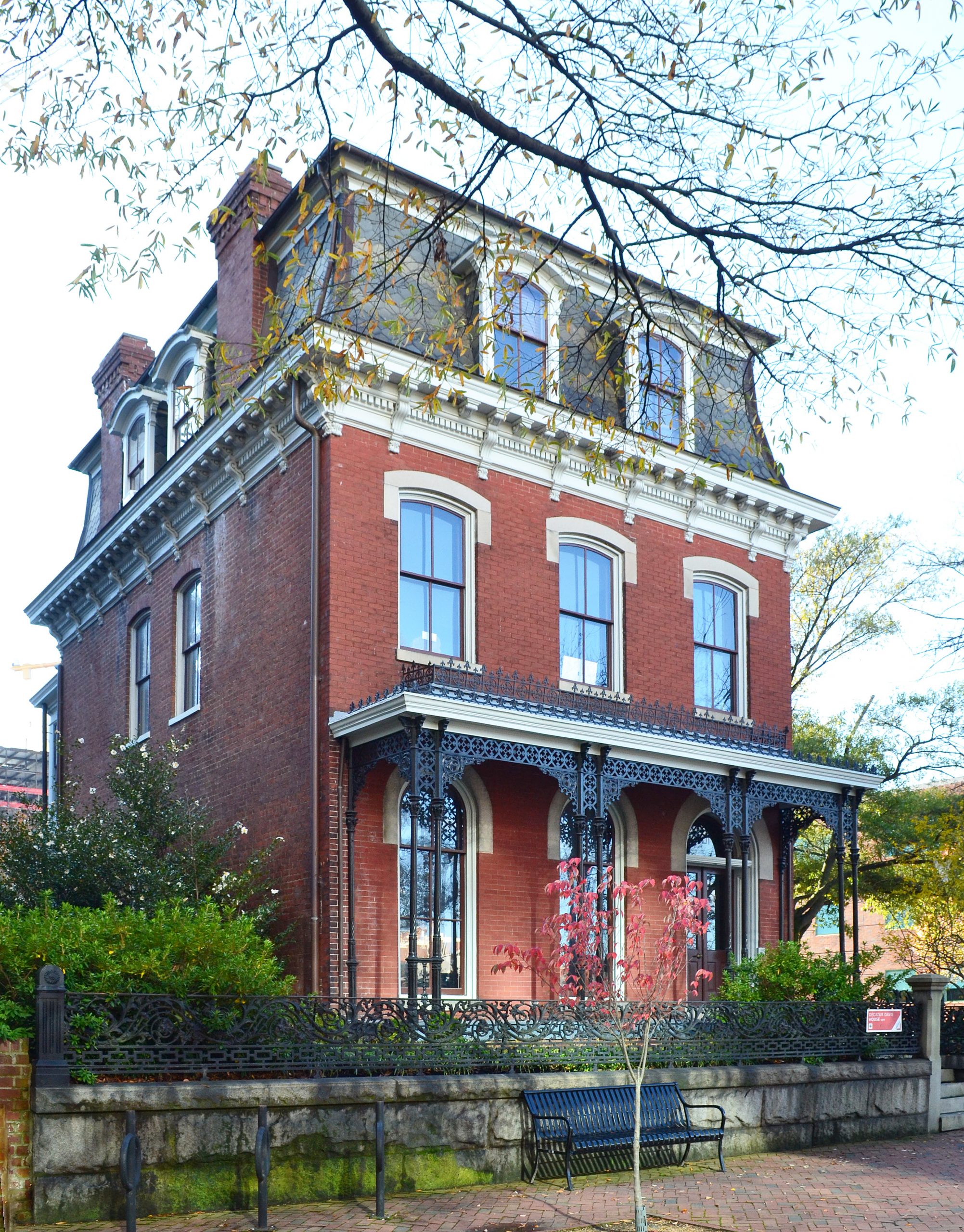 The Decatur O. Davis House is an exceptional Second Empire mansion designed by Richmond architect Albert L. West. The mansard-roofed house features one of the city’s finest cast-iron porches and an exceptional iron fence in a foliated rinceau pattern. The original owner was Decatur O. Davis, whose wife, Sarah Alice Tyree, was Albert West’s niece. Davis was a partner in Brown, Davis & Atkins, a wholesale grocery and liquor firm that traded throughout the southeast. Following Davis’s death, the house passed through a succession of owners and non-residential uses until 1988 when the city of Richmond, its owner for the previous 45 years, donated it to the Valentine Museum. It is now a part of the museum complex and a significant element of the only block of the Court End section of the city that retains its 19th-century residential character.