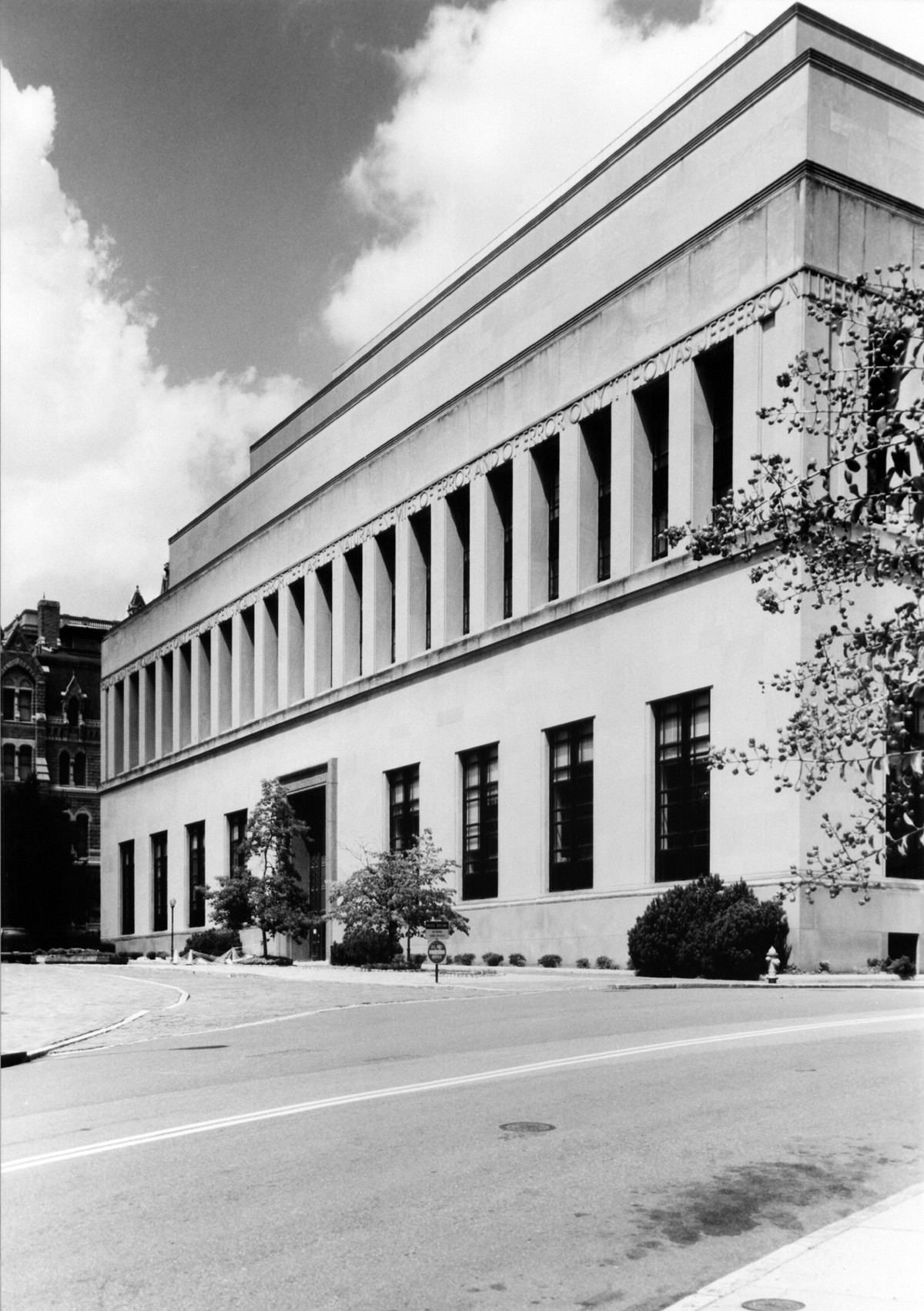 Renamed the Patrick Henry Building, the old Virginia State Library retains its original name on the state and national registers. Occupying a full city block, the monumental structure was one of the most ambitious state building projects when it was constructed between 1938 and 1940 to house an expanding State Library, the Supreme Court of Appeals, and the Office of the Attorney General. Its architecture style, “Stripped Classicism,” was a popular approach for public buildings beginning in the 1920s in the U.S. and Europe; it suggests Classical monumental proportion and mass but excludes the rich ornamentation associated with that style. The library’s interior features many Art Deco details and spaces, including its entrance hall, former reading rooms, court chamber and lobby, and a mahogany-paneled rare book room, all of which were carefully preserved during its recent renovation. As one of the prominent sites bordering Capitol Square, the Virginia State Library’s architects designed a structure that would provide an unobtrusive and complimentary backdrop to the capitol, designed by Thomas Jefferson. Faced with plain ashlar of Indiana limestone, the exterior appears as a two-story structure having its upper level surrounded by a “colonnade” of square piers framing the window openings. The façade masks multiple interior levels. Lending the building its distinctive stepped-pyramid outline are the two setback levels above the structure’s main body. These levels form the building’s only additions and were constructed in the early 1970s following original architects’ plans to accommodate book stacks.