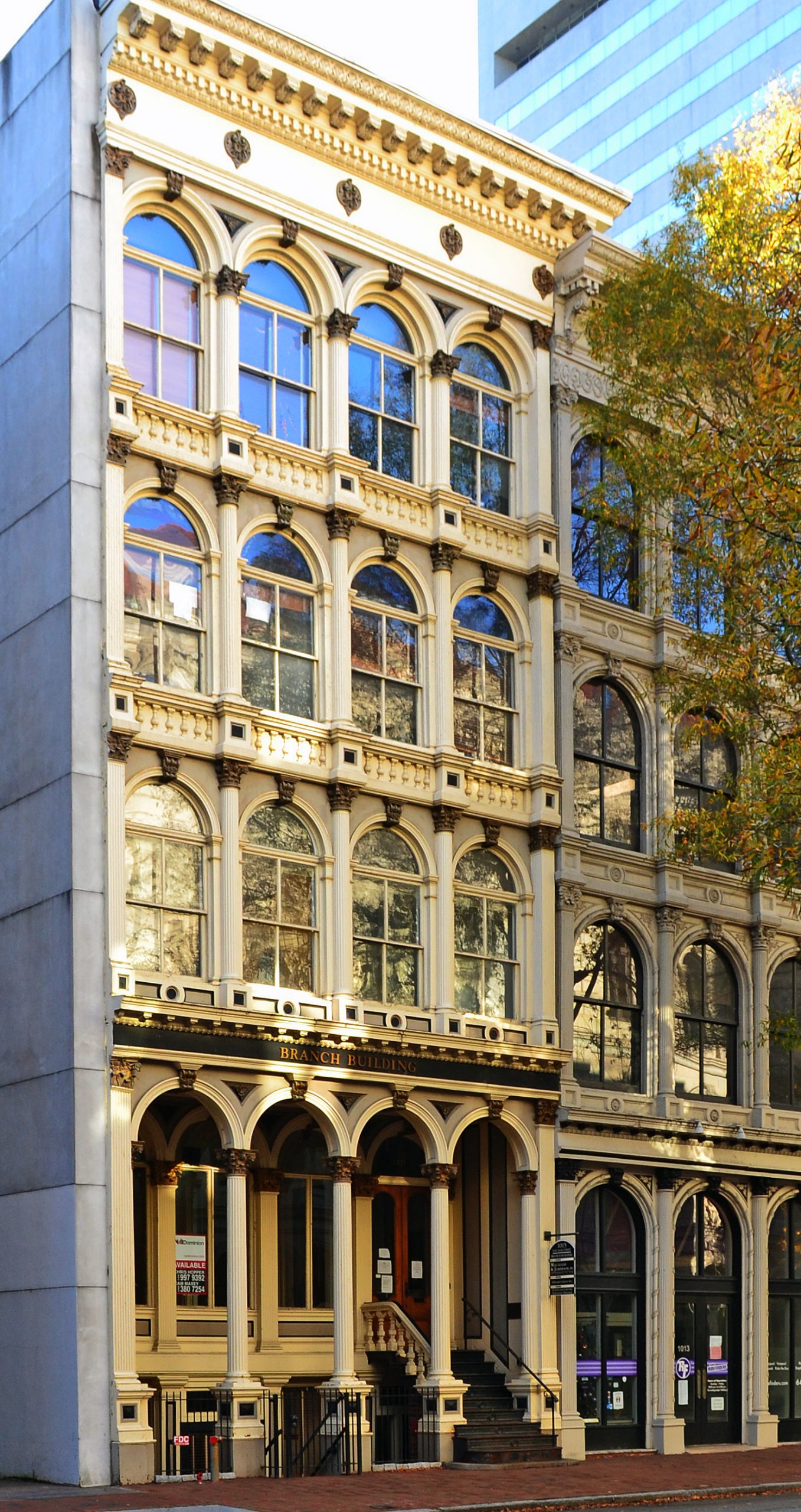 After its destruction during the Evacuation Fire of 1865, most of Richmond’s commercial area was rebuilt with structures employing cast-iron trim or completely cast-iron facades, nearly all in a rich Italianate style. Of the three iron fronts remaining in the area, the Branch Building of 1866 stands as a particularly engaging representative of this American architectural fashion. Built as the headquarters of the Virginia Fire and Marine Insurance Company, the four-bay, four-story building features an intricate ground-floor loggia composed of free-standing Corinthian columns. Its current name comes from the fact that the building was for many years the offices of the Branch Co., later Branch, Cabell & Co., a brokerage firm.  The building contributes to Richmond’s Main Street Banking Historic District.