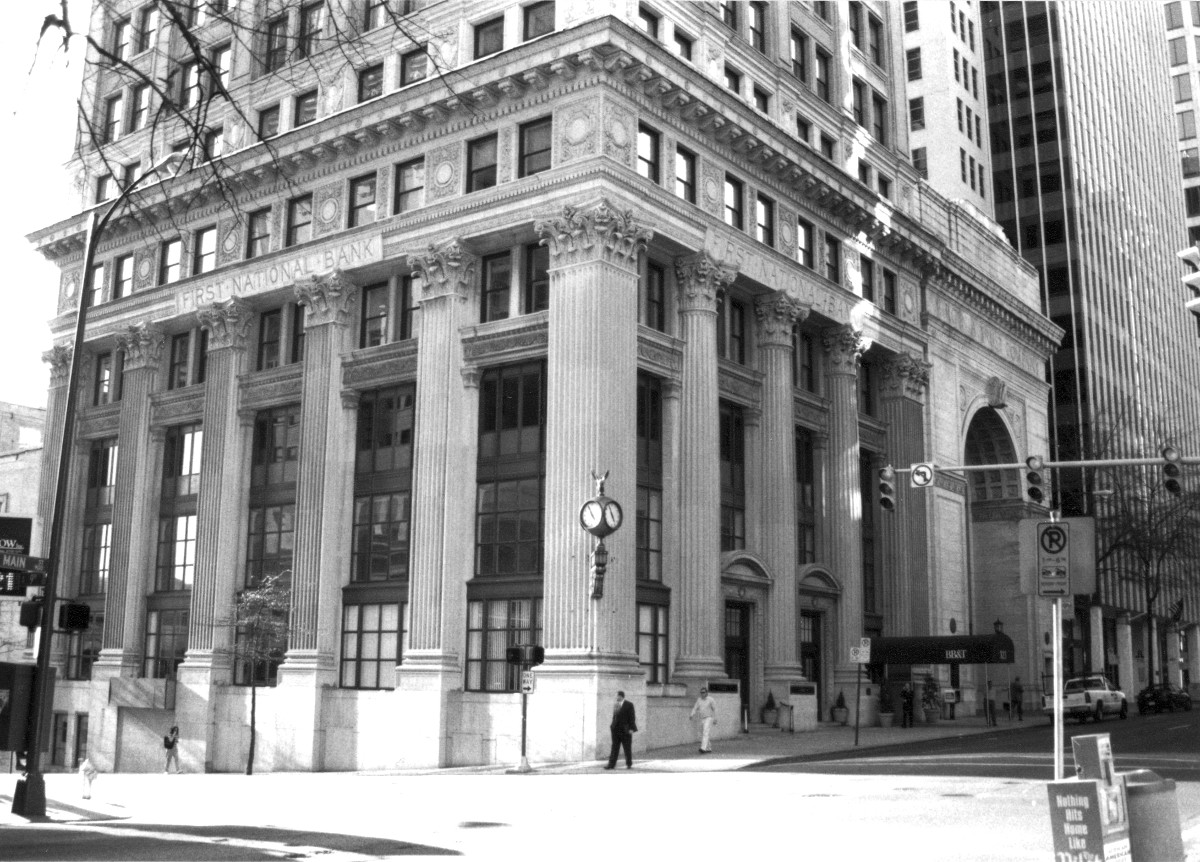 As the historic financial center for the capital and, for a time, Virginia, the Main Street Banking Historic District is significant. Financial institutions were first established on Main Street in the early 1800s, but all were lost—except for the Customs House—in the Evacuation Fire of April 1865 at the end of the Civil War. After the district began to rebuild, several banks and insurance agencies opened in the 1870s and 1880s. Industry boomed for a short period until the Panic of 1873, which halted growth in Richmond and the nation until 1878. Fortunately, the majority of Richmond’s financial institutions survived that panic, and the subsequent Panic of 1893. Today, the district’s historical buildings are solid examples of mid-19th- to early-20th-century architectural styles including Italianate, Italian Renaissance, Neoclassical Revival, Beaux Arts and commercial. Architects from Baltimore, New Hampshire, and Philadelphia were responsible for designing some of the earliest buildings, including architect Ammi Burnham Young, who designed several Virginia Custom Houses, including the one in Richmond. Other buildings were designed by prominent Richmond and New York architects, including Alfred Charles Bossom, W. Duncan Lee, Charles M. Robinson, and Marcellus Wright, Sr.; also, the New York firm of Clinton and Russell designed four buildings.

In 2013, the boundary was increased to include four modern skyscraper buildings constructed between 1962 and 1965. The four buildings represent pioneering efforts in this form of modern architectural design in Virginia and are evidence of how Virginia’s banking industry evolved after commercial legislation was updated in the post-World War II era.
[VLR Listed 6/19/2013; NRHP Listed 8/27/2013; NRHP Additional Documentation Approved 7/7/2014]