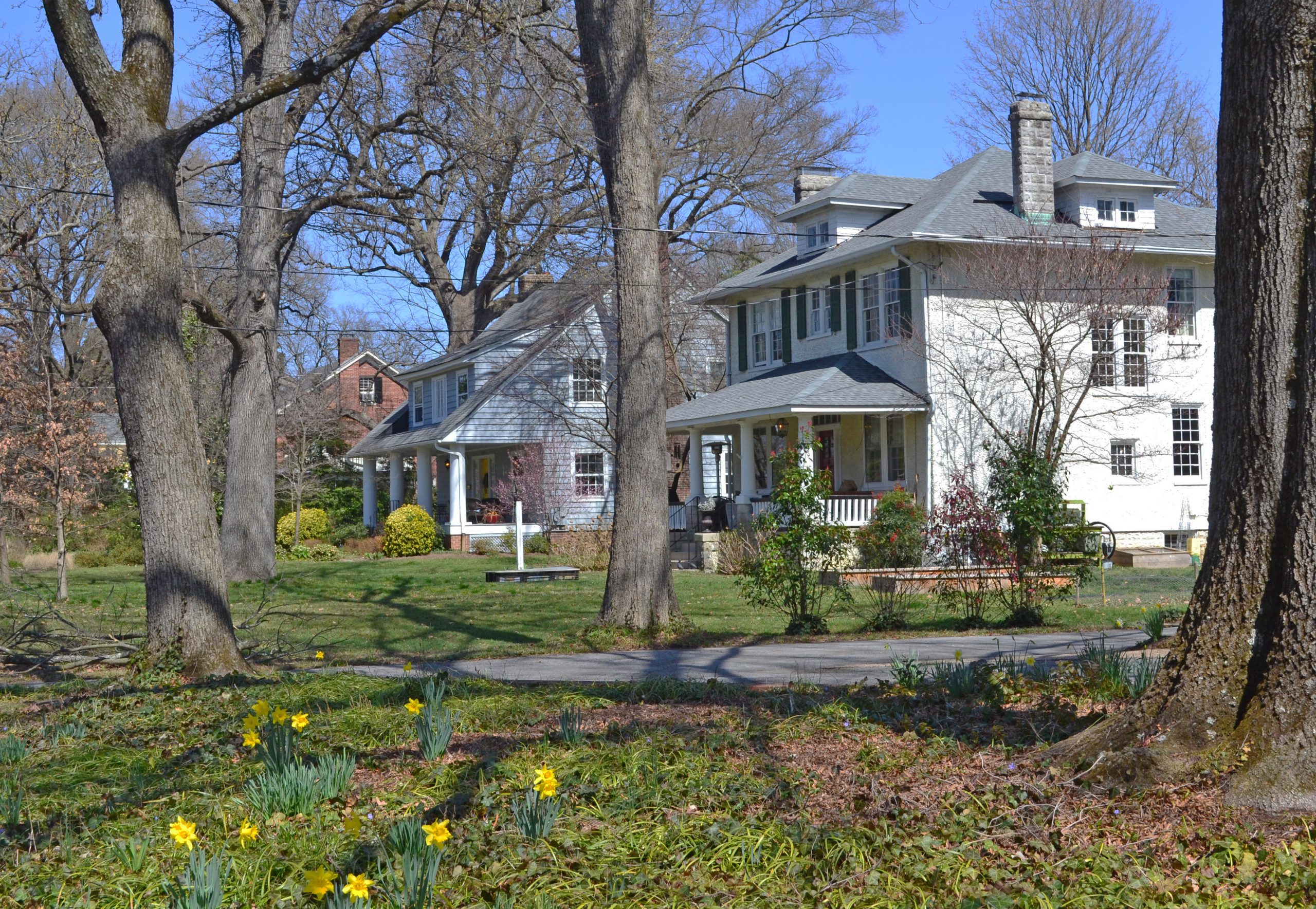 Ginter Park, one of Richmond’s first streetcar suburbs, was conceived by tobacco magnate Maj. Lewis Ginter. In the 1890s Ginter turned his attention of community planning, recognizing the need for new neighborhoods accessible to the city center by electric streetcar. Incorporating some twenty-one blocks, Ginter’s grid-plan development offered large grassy yards and tree-lined streets, a fresh-air contrast to the sooty, densely packed downtown. Ginter Park was incorporated in 1912 and annexed to the city in 1914. To provide a focal point, Ginter donated land for a new campus for Union Theological Seminary. By the 1930s, most lots had been filled with a variety of free-standing dwellings, the very picture of the American suburban ideal. Though Chamberlayne Avenue, the principal thoroughfare, has suffered loss of its former character, many other streets, particularly Seminary Avenue and Brook Road, retain a wholesome ambiance.

The 2009/2017 Boundary Increase consists of two discontiguous areas, north and east of the existing district boundaries. Both Boundary Increase areas continue the use of the grid pattern. Most buildings in the expanded district were built between 1911 and 1930, and share the same characteristics and architectural styles as those in the original district. The dominant architectural style is Colonial Revival, as well as other revival styles such as Tudor Revival, and Dutch Revival, and a much smaller number of Italian Renaissance and Mission/Spanish Colonial Revival examples. The majority of houses within the two Boundary Increase areas, as in the original historic district listed in 1986, were built for middle- and upper-middle-class families who sought relief from the confines of the city.
[VLR Listed: 12/17/2009; NRHP Listed: 6/5/2017]