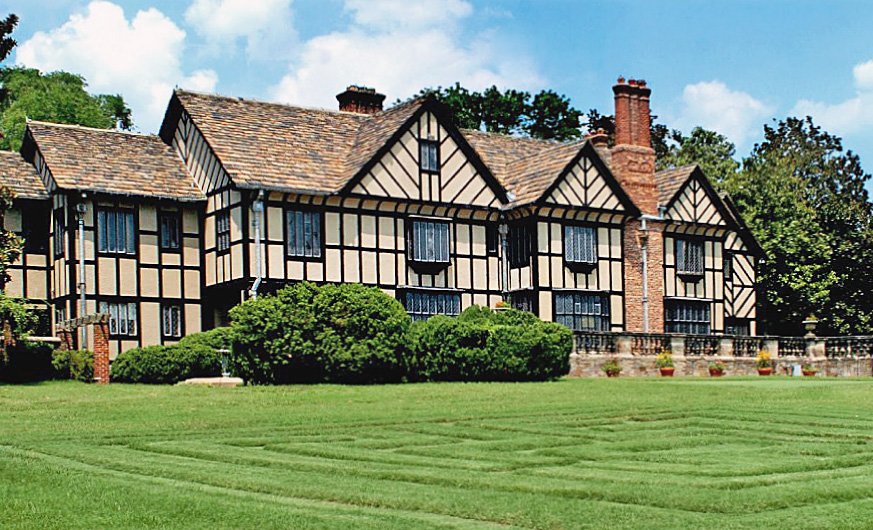 Overlooking the James River from its tree-dotted grounds with Elizabethan-style gardens, this half-timbered mansion is a product of the antiquarianism and Anglophilia that permeated Virginia’s upper classes in the 1920s. Agecroft Hall was originally a post-medieval manor house built by John Langley near Manchester, England. By 1925 it stood neglected amid coal mines and railroads. Richmond businessman Thomas C. Williams, Jr., purchased the house and had it carefully dismantled and shipped to Richmond where it was reconstructed in modified form in Windsor Farms, a garden suburb on the west end of Richmond developed by Williams. The project’s architect was Henry Grant Morse of New York. Outstanding original features include the elaborately patterned black and white timbering and a splendid leaded window in the great hall. The gardens and grounds were designed by Charles F. Gillette. Agecroft Hall is now a museum owned by the Agecroft Association.