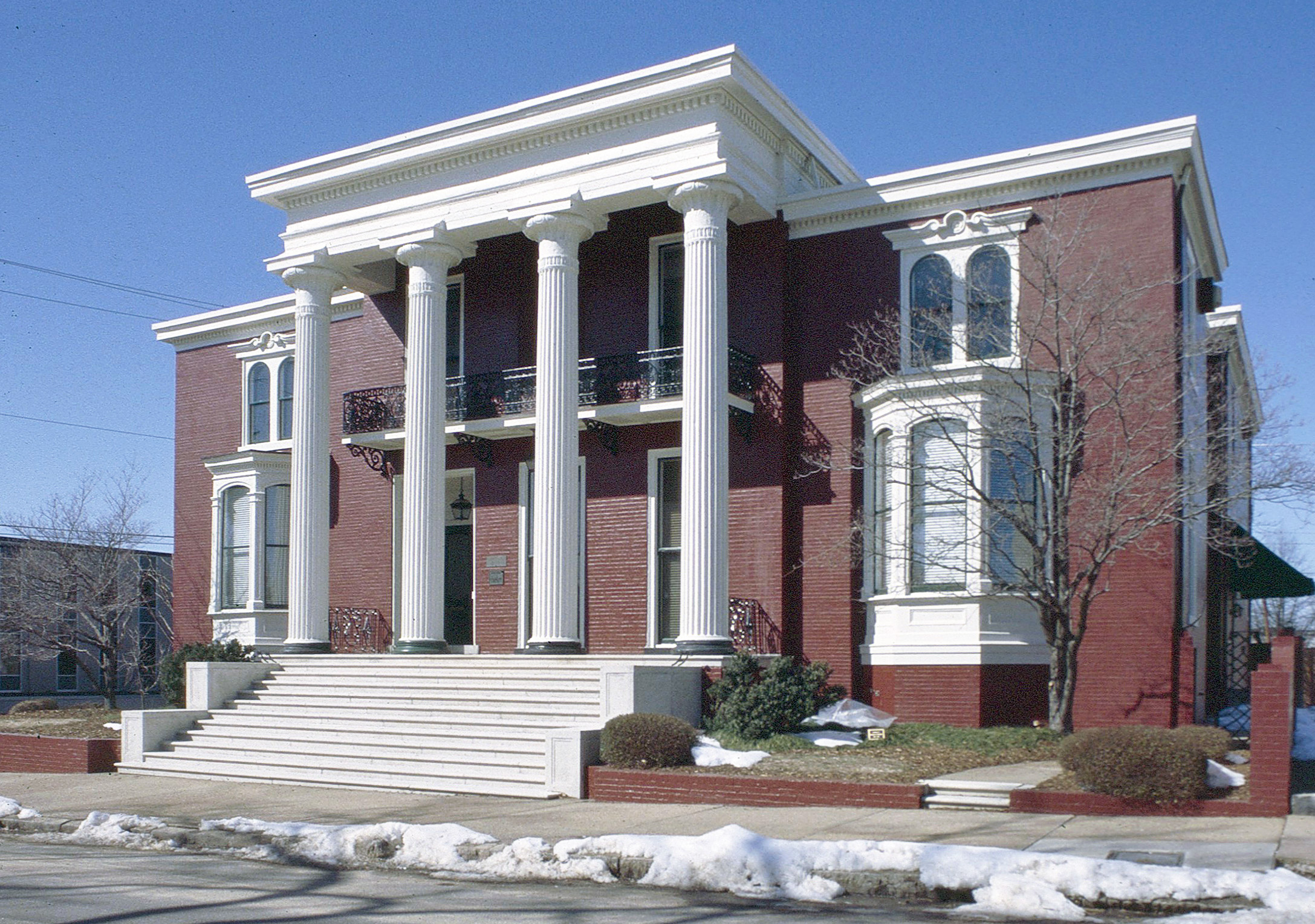 This antebellum mansion is the sole survivor of the many large houses that once characterized Gamble’s Hill, a fashionable 19th-century Richmond neighborhood. It was built in 1847 for William O. George but was rented for three decades beginning in the 1850s to Richmond lawyer Henry Coalter Cabell, with whom it has since been identified. The portico uses an order invented for American buildings by the Brooklyn architect Minard Lafever and popularized throughout the country through his architectural design book The Beauties of Modern Architecture (1835). The capitals, composed of Grecian elements, have an Egyptian character here because the row of acanthus leaves, originally around the lower part of each capital, has been removed. The house went on to serve as the headquarters of the Virginia Education Association, beginning in 1951.