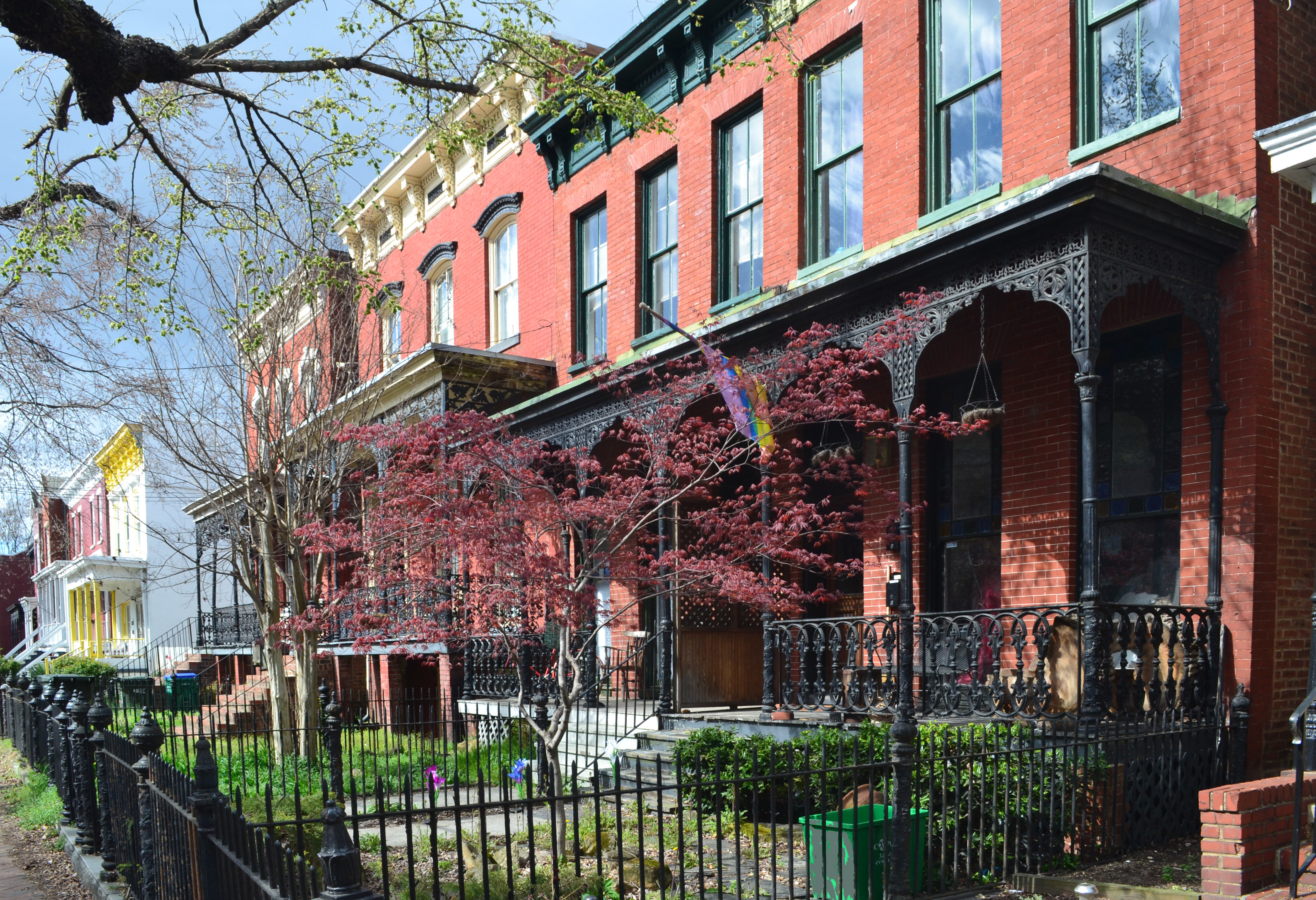 Richmond at the turn of the 20th century had one of the nation’s most thriving black business communities. The hub of this activity was Jackson Ward with its fraternal organizations, banks, insurance companies, and other institutions, all founded and run by blacks. The neighborhood developed before the Civil War and originally was populated primarily by citizens of German and Jewish extraction but with many free blacks. After the war Jackson Ward gradually became predominantly black. Redevelopment and expressway construction have reduced its size, but the remaining blocks place Jackson Ward among the nation’s largest historic districts associated primarily with black culture. The area is dominated by three-bay, side-passage town houses in various styles. Many have locally manufactured cast-iron porches, the state’s richest display of ornamental ironwork. In recent years the area has become the focus of increasing rehabilitation activity.

In 2002, the area of significance of the Jackson Ward Historic District was updated to include the Civil Rights era (1940-1970). The amendment identified buildings specifically associated with African Americans in Richmond who fought to win civil rights guaranteed by the Constitution.
[NRHP Approved 11/4/2002]

In 2005, the boundary increased to incorporate two blocks omitted from the original Jackson Ward Historic District designation of 1976 and later expansion in 2002. The two blocks of Marshall Street remained outside the district previously because it was thought they lacked a significant historic fabric. Research revealed that one-third of the block on the north side of Marshall Street was never developed. Situated in close proximity to Broad and Second Streets, both exclusively commercial thoroughfares, the area of expansion is part of a transitional area between the wholly commercial areas to the south and east and the essentially residential neighborhoods to the west and north. The new area features the Samuel Binswanger House, the long-time residence of the founder of the Binswanger Glass Company, a nation-wide glass and mirror distributor. The resources in the expansion area, involving 13 dwellings, five commercial buildings, one warehouse, and one factory comparable in style, size, material and period of significance (1870–1930) with those in the rest of the Jackson Ward Historic District.
[VLR Listed 6/1/2005, NRHP Listed 9/26/2005]

In 2008, the district boundary was increased to capture buildings adjoining the southeastern boundary of the original district, as well as buildings adjoining the eastern edge of the boundary increase made in 2005. It includes 19th-century commercial and residential buildings that complement the architecture and history of the district’s nationally significant associations with African American business and commerce, the Civil Rights movement, and a diverse immigrant settlement history.
[VLR Listed 3/20/2008, NRHP Listed 5/16/2008]

The Jackson Ward Historic District was listed in the National Register of Historic Places in 1976 and designated a National Historic Landmark in 1978. At the time of both designations, a specific end date to a property’s period of significance was not required, but rather, time spans, such as 17th century, 18th century, 19th century, and 20th century, were used. Additional documentation was approved in 2015 to clarify the end date of the original historic district’s period of significance, with an end date of 1958. This period of significance is applicable to the original historic district as listed in the National Register in 1976, and does not apply to the buildings included in the 2002 Additional Documentation (which have an end date of 1970) and to the 2005 and 2008 Boundary Increase areas, each of which has a specified end date of 1926. The 2015 additional documentation is attached to the original 1976 nomination.
[NRHP Approved: 9/29/2015]