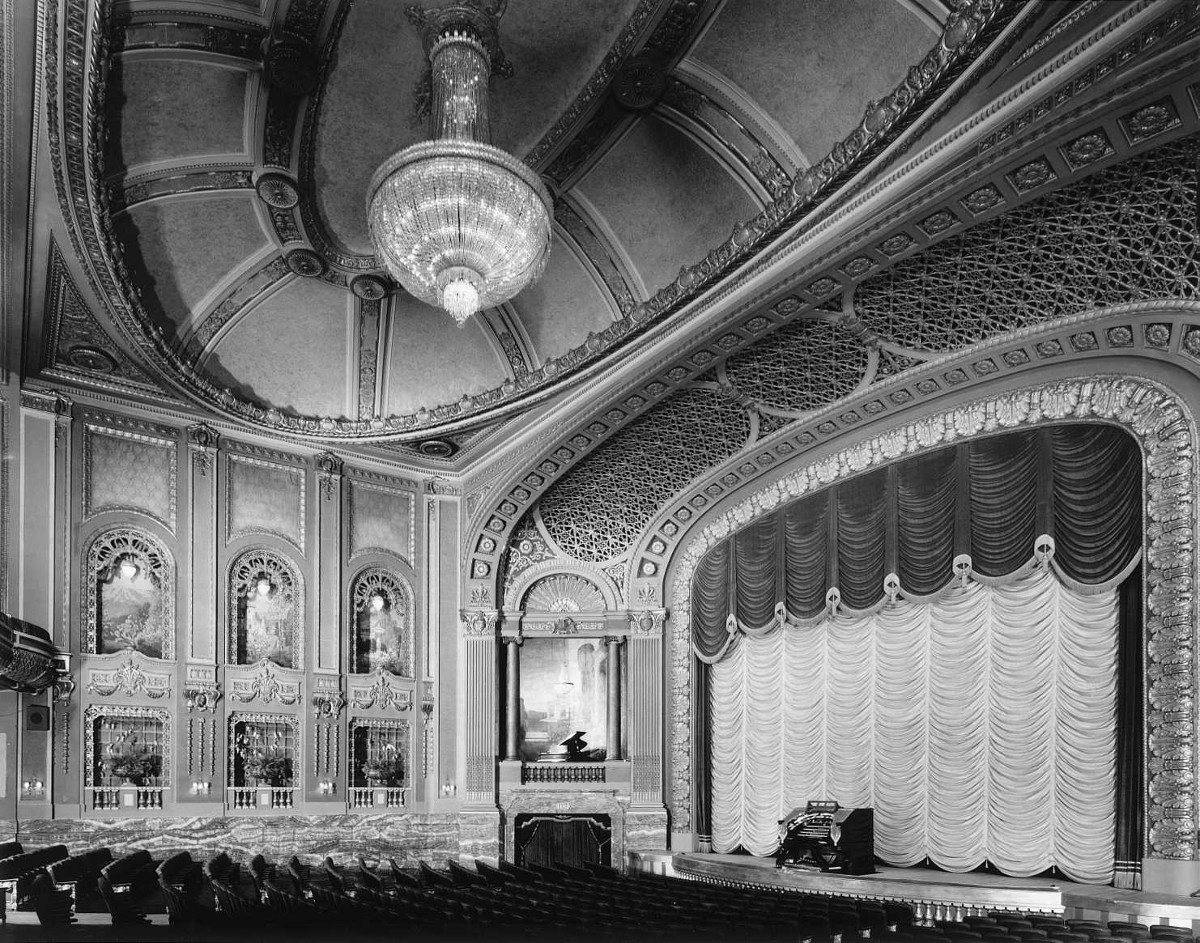 Opened in 1928, the Byrd Theatre is an important representative of the many movie palaces that sprang up around the country in the 1920s. Built when lavish architectural decoration was still relatively inexpensive, these glittering confections vied with one another to attract and dazzle cinemagoers. Dazzling still, the theater was designed and built by Fred A. Bishop of Richmond with the decoration and artwork of the unrestrained classical interior executed by the Brounet Studios of New York. The Byrd was one of the first theaters outfitted for sound motion pictures, being equipped with Vitaphone, a sound synchronization system pioneered by Bell Telephone Laboratories. Many recordings have been made on its outstanding Wurlitzer pipe organ. In regular use and meticulously maintained in its original brilliance, the Byrd is among Richmond’s most popular landmarks.