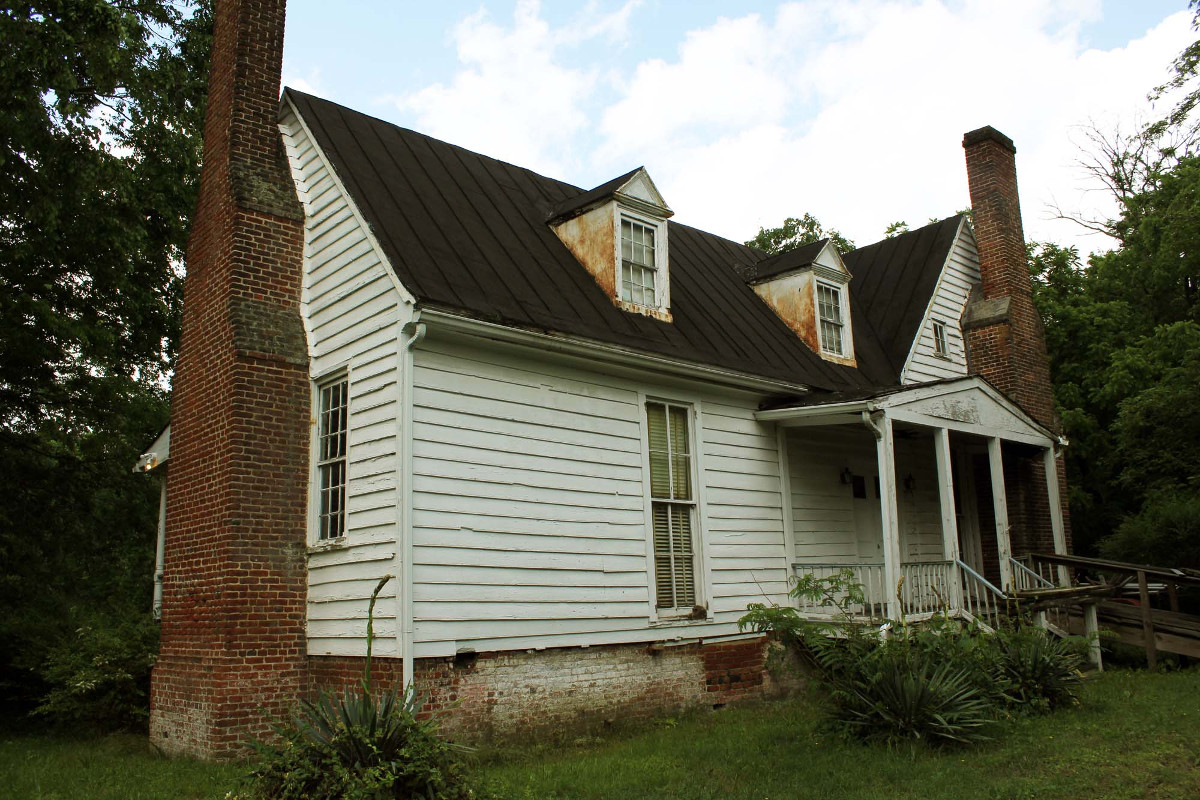 Laurel Meadow is an early plantation home situated now on the one-acre remnant of its original 902 acres. The one-and-one-half-story, L-shaped house is a simple frame building constructed in two distinct sections and displaying elements of Colonial and Federal architectural designs. One house section, resting on an English basement, may have been constructed prior to 1776 when Col. David Patteson, an agent for William Byrd’s Falls Plantation, acquired the property. The other section appears to have been built in the early-19th century. A kitchen addition was attached around 1900 and was later extended to include a bath and laundry area. Patteson was a first lieutenant in the Revolutionary War, a colonel in the Virginia Militia, a member of the House of Delegates, and a representative to the Virginia Federal Constitutional Convention of 1788.