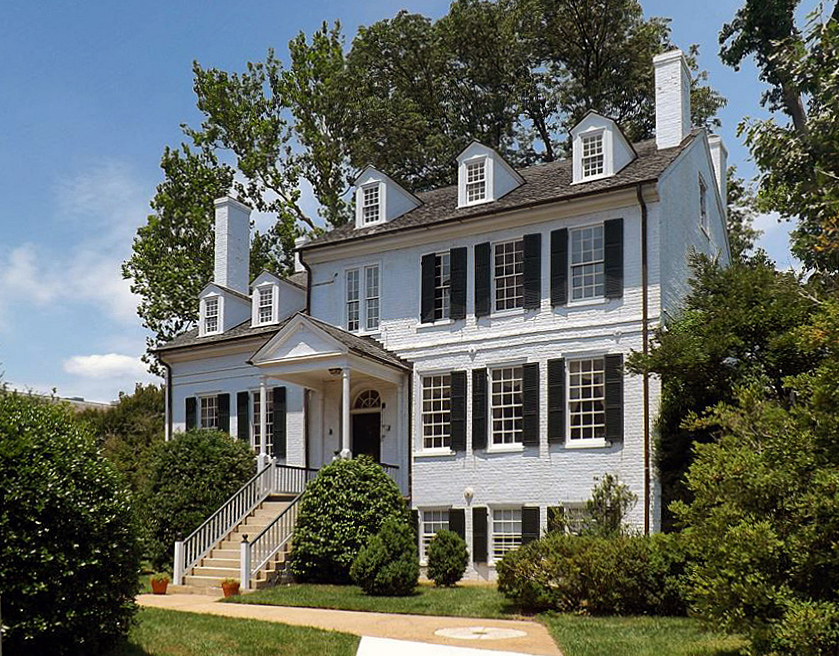 The early-19th-century brick country residence of Reveille was built for the Southall family on land granted in the early colonial period to the Kennon family. Its side-passage plan shows the influence of urban house types on the design of rural dwellings of the post-Revolutionary period. The house was enlarged with a wing and remodeled inside with Greek Revival woodwork ca. 1842, following its acquisition by James M. Boyd. Reveille’s farmland has since been incorporated into the city of Richmond, and has become part of a residential area. The house was acquired by the Reveille Methodist Church in 1950 and was used first as a parsonage and later as administrative offices. Despite the loss of its rural setting, the dignified old house, now handsomely maintained as a church meeting space, stands as a reminder of the once-agrarian character of Richmond’s west end.