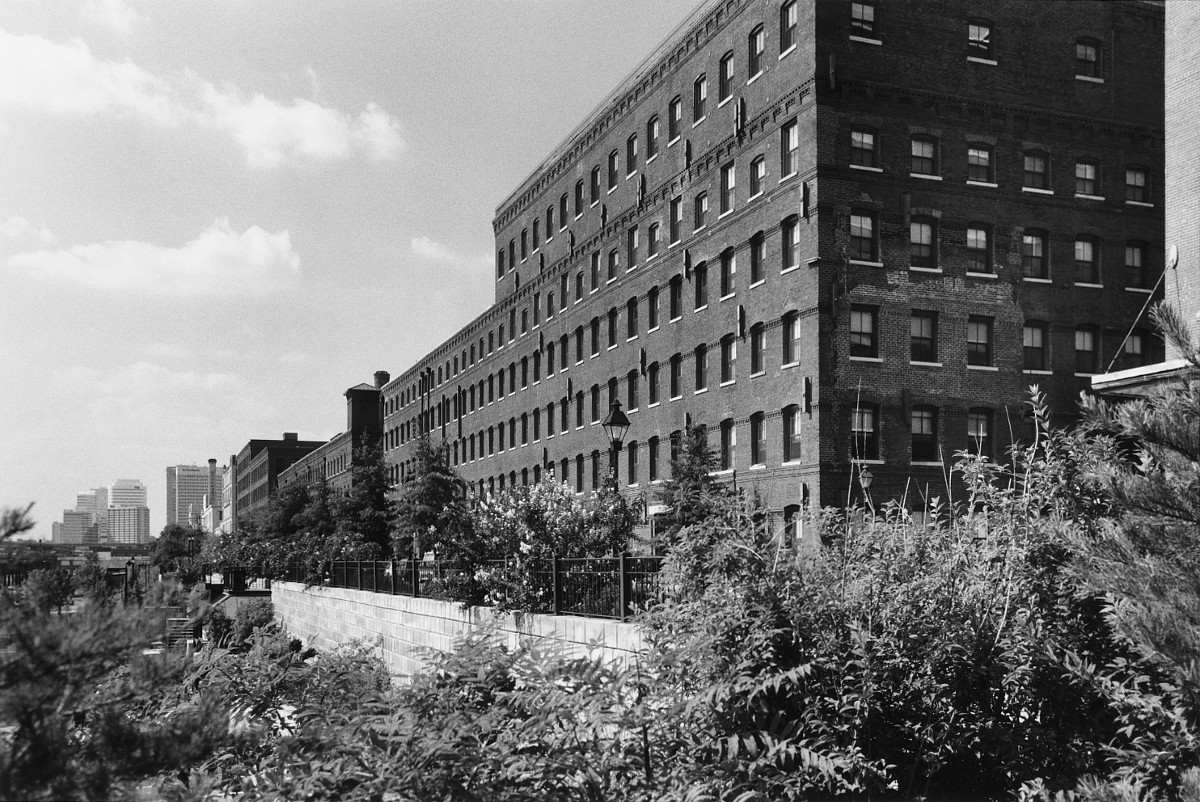 Named for the creek that served as the western boundary of Richmond’s original settlement and for the row of tobacco warehouses and factories that constitute its industrial quarter, this brawny historic district encompasses the area of the city’s earliest residential, commercial, and manufacturing activity. Covering approximately 129 acres and containing over 500 structures, the district is an eclectic jumble of building styles, types, and periods from the colonial vernacular to high-style antebellum and 20th-century industrial. The streets follow the original grid laid out by William Byrd in 1739. The heart of the district is the Seventeenth Street Market, a farmer’s market in use since the late 18th century. Increasing rehabilitation activity is assuring the district a future role in the life of the city. Tobacco Row, one of the South’s most impressive industrial complexes, is undergoing long-term conversion into housing.