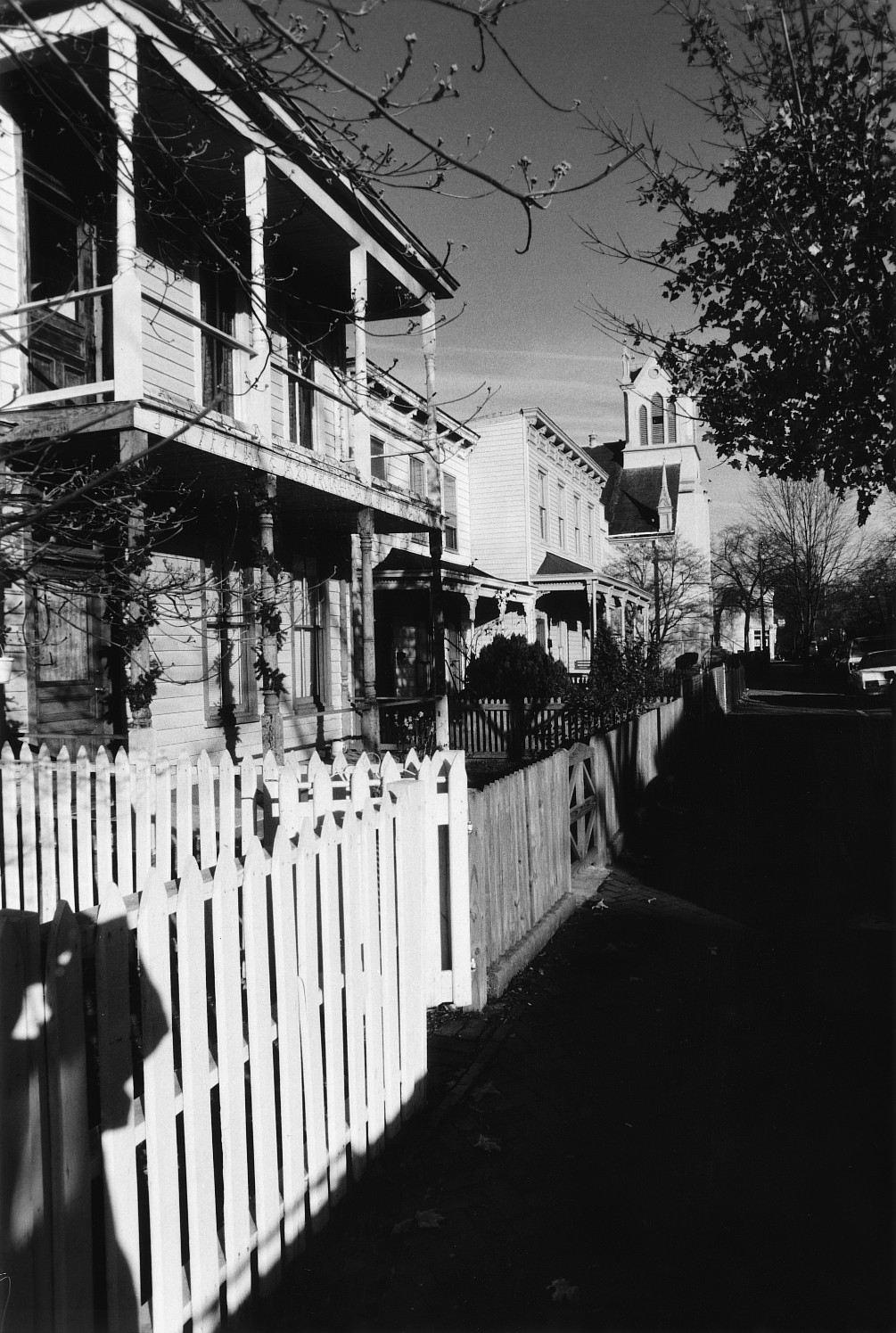 On a promontory above the James, Oregon Hill encompasses an intact working-class neighborhood begun in the mid-19th century. Between 1850 and 1860, local industries and population grew until Richmond was the second largest city in the South and preeminent in industrial production. In the aftermath of the war, it was the Oregon Hill workers who gave their skills to resuscitate the devastated city and restore its industries. A tight-knit community, Oregon Hill was bound together by the common desire of its residents for a better life achieved through the work of their own hands. In the 1860s and ’70s, the expanding need for laborers in riverside industries intensified development here. Still a cohesive neighborhood, Oregon Hill is characterized by unified streetscapes of mostly simple Italianate row houses but including both antebellum and later dwellings. Several houses are protected by preservation easements.