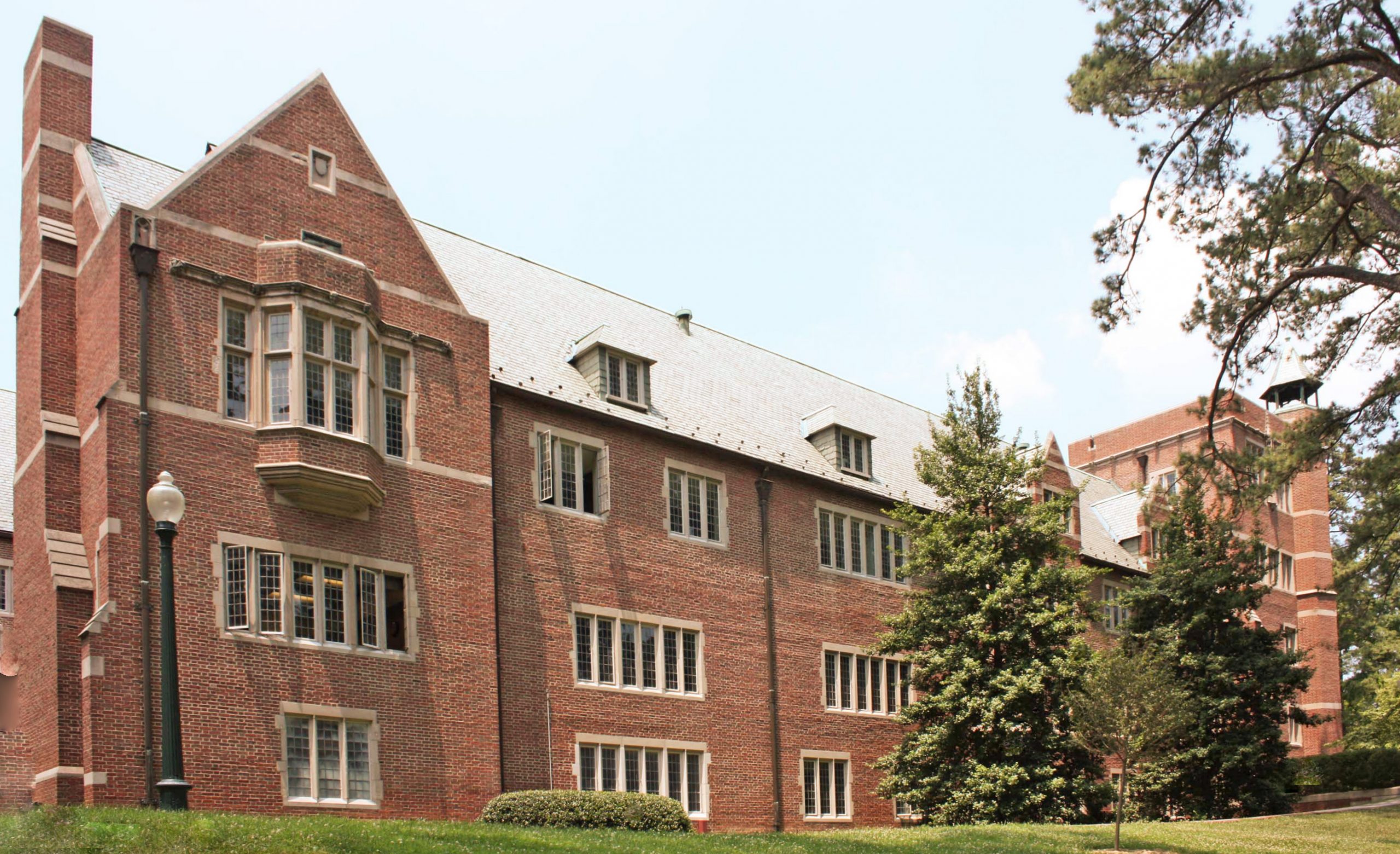 Ryland Hall was designed for Richmond College (which became the University of Richmond in 1920) by architect Ralph Adams Cram of the Boston and New York firm of Cram, Goodhue, and Ferguson, and erected in 1913. Cram employed the Collegiate Gothic style that had gained national popularity at other campuses such as West Point and Princeton University. While Cram’s original campus plan at the college was never fully realized due to financial constraints, his legacy remains in the original seven buildings built to his designs and his Collegiate Gothic aesthetic that has guided campus architecture to the present day. Ryland Hall continues to be a landmark building in the heart of the University of Richmond campus.