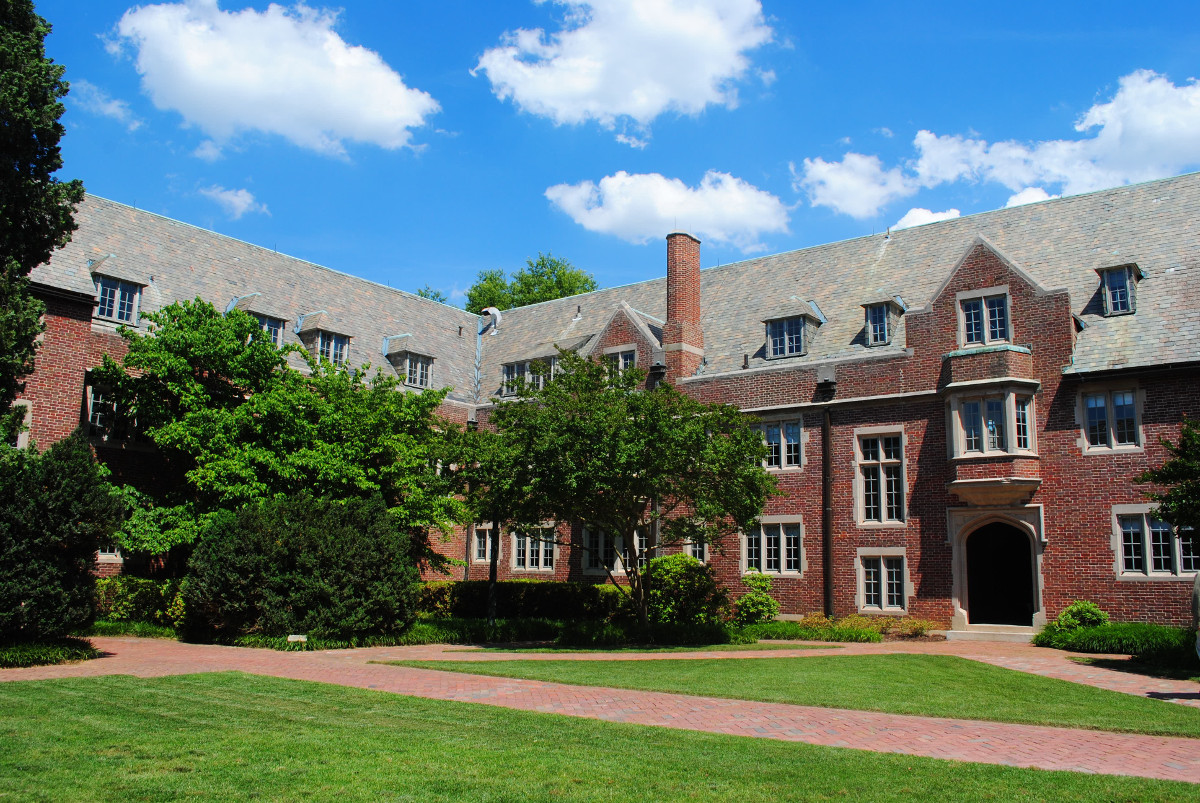 Built in 1913, North Court Hall at the University of Richmond resulted from the decision in 1906 of then-Richmond College to broaden its educational offerings for women, who were first admitted to the college in 1898. The decision inspired college leaders to secure a new location for the school so it could create a separate women’s college. In 1914, the college moved from the City of Richmond to a new park-like campus six miles away where its leaders opened a re-envisioned Richmond College along with Westhampton College for women. Together in 1920, the colleges were accredited as the University of Richmond. Located in the heart of today’s UR campus, North Court served as the main building for Westhampton College, where women could find higher educational opportunities in an era when colleges primarily catered to men. North Court exemplifies the Collegiate Gothic architectural style. Its exterior walls are composed of brick with slate tiles covering its multiple gabled roofs. Enclosing a courtyard, the building also features a parapet and projecting pediments. Originally North Court housed all the spaces needed for a self-contained women’s college including a dormitory, dining room, kitchen, administrative offices, reading room, chapel, and classrooms.