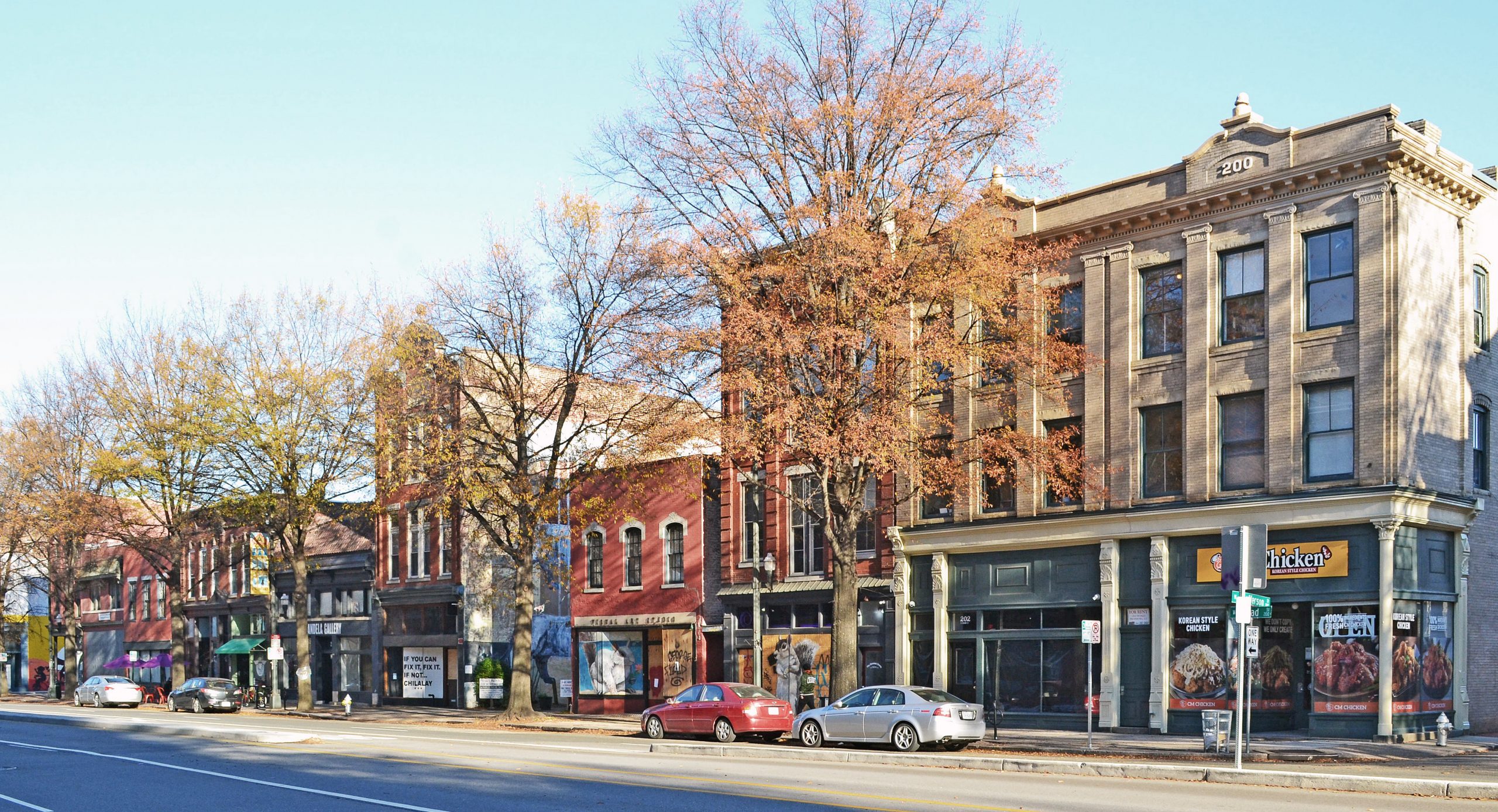 The ten-block stretch of Broad Street, between Fourth and Henry streets, holds one of the most important assemblages of turn-of-the-century commercial buildings in the state. The richly detailed facades are set off by the generous width of Broad Street which originally accommodated a railroad and later the tracks for the city’s trolley system. Many of the buildings are architect-designed, several by prominent out-of-state firms. A dominant form is the three-bay, three- and four-story commercial structure, generally built between 1880 and 1900. Outstanding individual landmarks are Jackson T. Gott’s Masonic Temple of 1888-93, and John Eberson’s 1930 Art Deco tower for the former Central National Bank. The district has traditionally been a retail area, with many jewelry and furniture stores. Overcoming eroding prosperity, a number of structures in recent years have been converted to housing and offices.

In 2004, the boundary of the district was extended to add 32 properties located between the 700 and 900 blocks of West Broad Street. Although the three-block expansion area is separated from the earlier district by modern infill at the four corners of Broad and Belvidere Streets, the addition consists of a harmonious collection of late-19th- and early-20th-century commercial buildings. They have the same scale, materials, style, function, integrity, and period of significance as the buildings included in the 1987 district.
[VLR Listed: 3/17/2004; NRHP Listed: 8/11/2004]

In 2007, the district was again expanded to include two half-blocks north of the alley between Broad and Marshall Streets bounded on the north by Marshall Street, on the west by First Street, and on the east by Second Street. This boundary increase area contains eight contributing buildings and one non-contributing building. The contributing buildings within the boundary increase are architecturally similar to the buildings facing Broad Street and historically served similar commercial functions. The resources are primarily two-story brick buildings in late-19th- and 20th-century Revival or vernacular commercial styles. Collectively, they help to illustrate the pattern of urban development experienced in the city, when late-19th-century residential areas were given over to commercial development.
[VLR Listed: 12/6/2006; NRHP Listed: 3/27/2007]