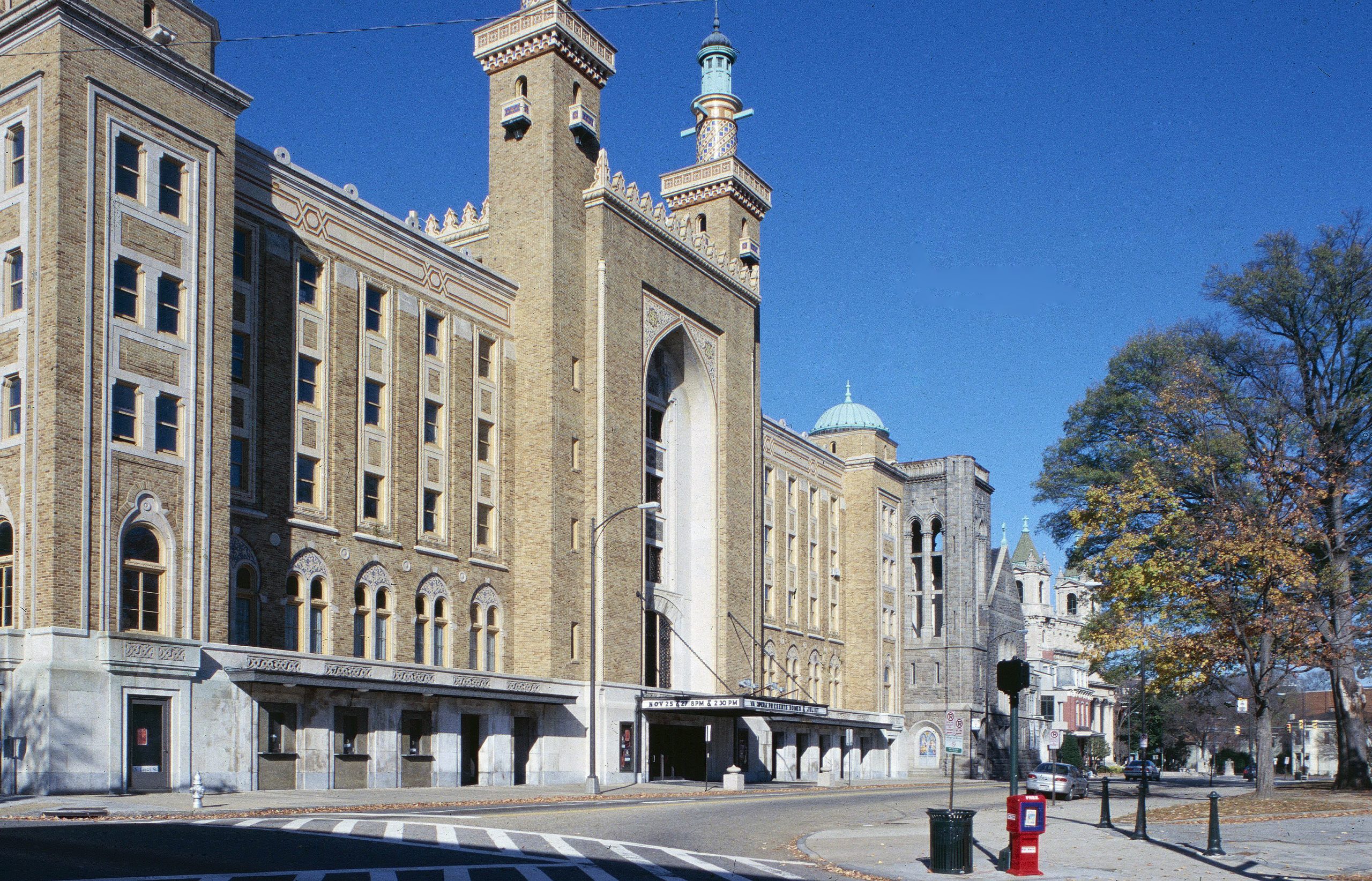 Monroe Park occupies land acquired by the city of Richmond in 1851 to be a park for the developing western suburbs. After serving as an agricultural exposition site and a camp for Confederate troops, the property became a park in the 1870s. The layout is a pattern of walks radiating from an elaborate cast-iron fountain. Framing the park’s north and west sides is a remarkable assemblage of buildings ranging from the 1895 Gothic Revival Grace and Holy Trinity Episcopal Church to the 1906 Renaissance Revival Cathedral of the Sacred Heart. Most conspicuous is the 1927 Islamic-style 1927 city auditorium, originally known as the Mosque (pictured above). Several late-19th-century town houses and two Tudor-style apartment towers recall the district’s earlier residential character. The buildings, and especially their amazing collective skyline, demonstrate the eclecticism of the period, while the park is a handsome example of late-Victorian urban landscaping.