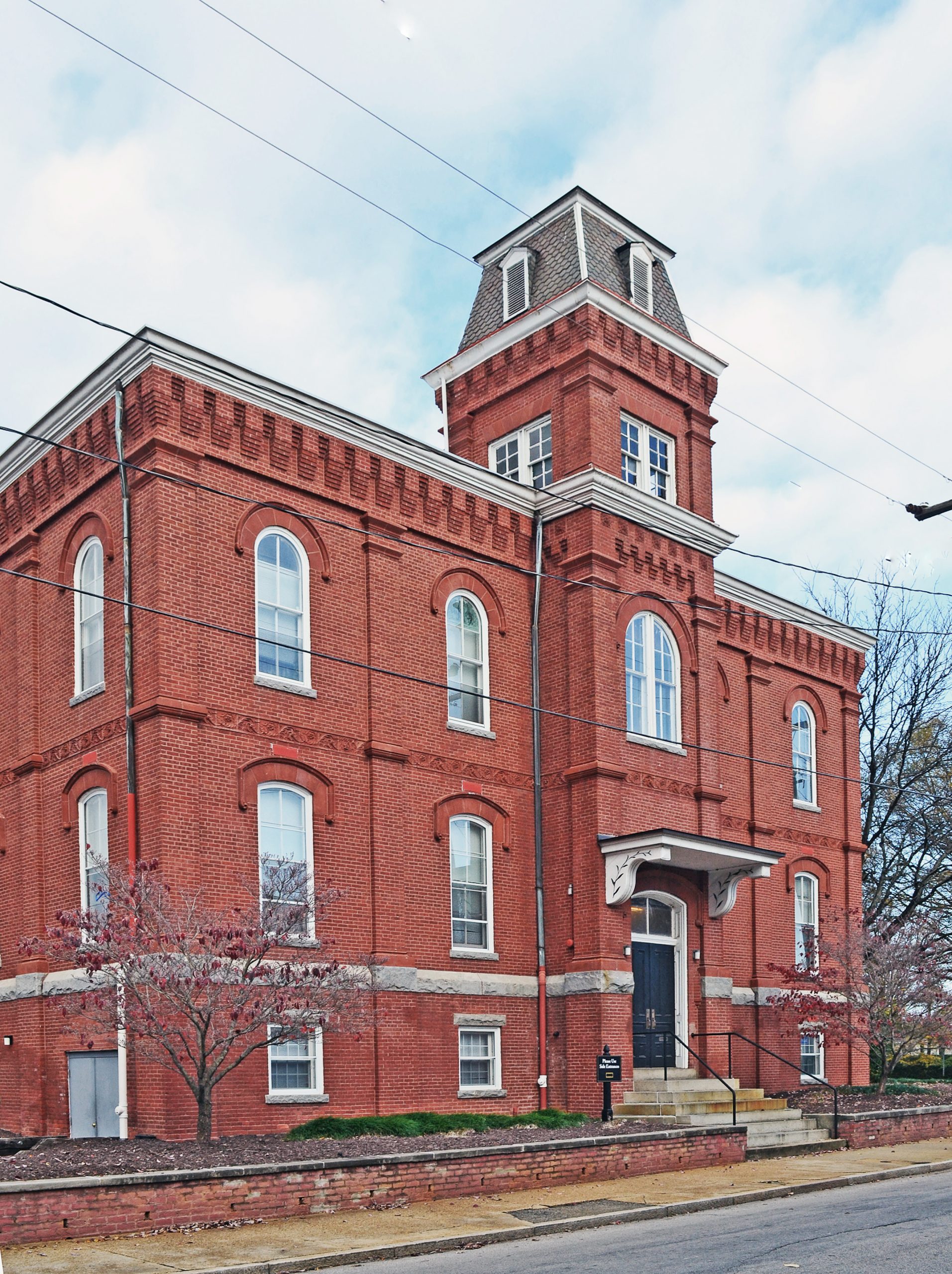 Randolph School is a landmark of civic pride and the desire to have first-rate public-education for youth. The original portion was built in 1896. Like many late-19th-century urban public schools, the building was made an architectural showpiece. Its brick façade is embellished with pilasters and highlighted by a mansarded tower which visually dominates the neighborhood. The school was constructed to accommodate the westward expansion of Richmond’s population. To meet growing demand, it was extended in 1900 and 1934. The building’s original function has since been removed to more up-to-date facilities, but the structure acquired a new lease on life when it was sympathetically converted to housing. The construction of the immediately adjacent downtown expressway in the 1970s has made Randolph School a point of interest to thousands of commuters.  It was listed in the registers under the Public Schools of Richmond MPD.