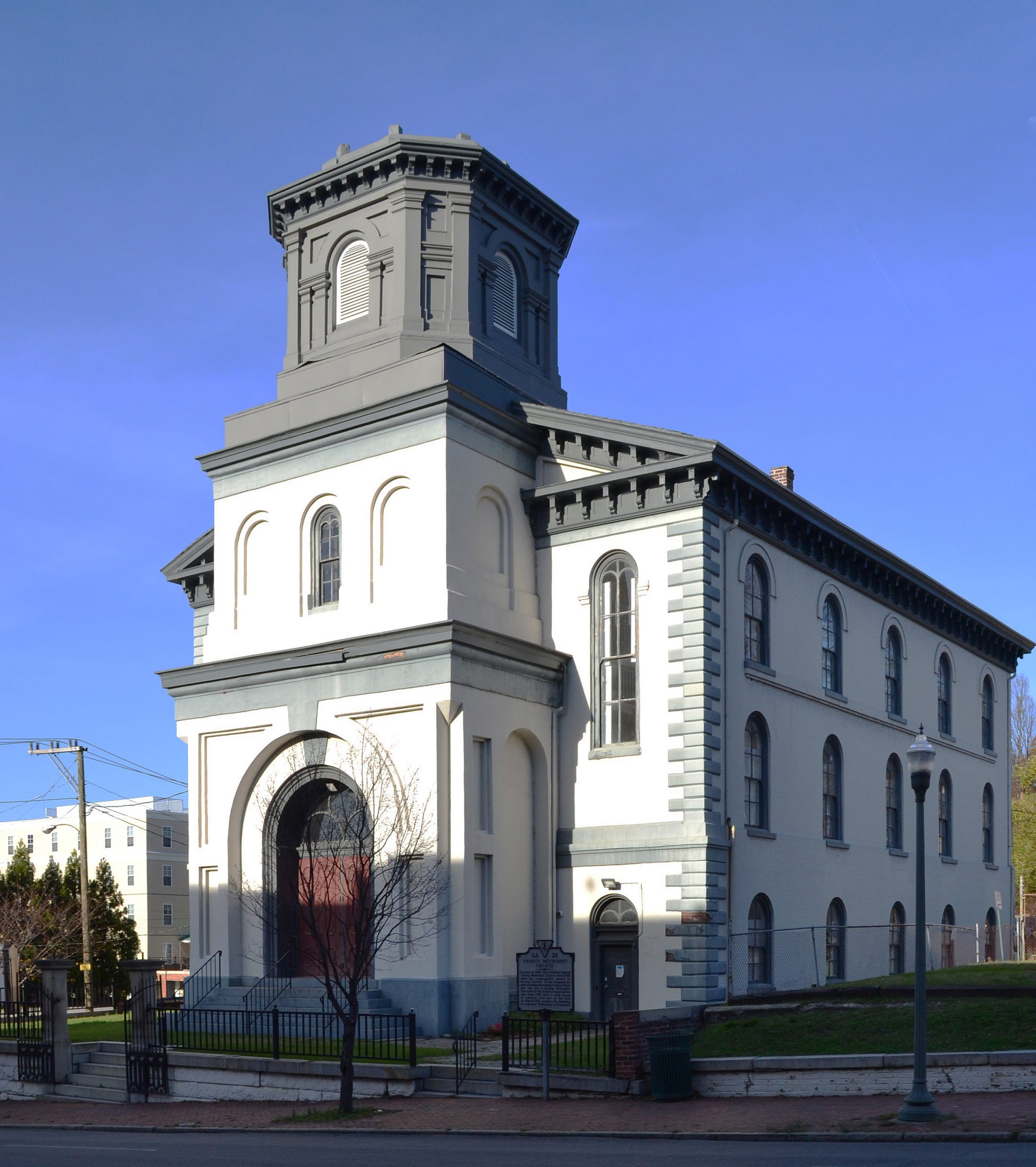 A robust essay in the Italianate style, the former Trinity Methodist Church was designed by Albert L. West, a prominent 19th-century Richmond architect. A devout Methodist, West designed church buildings not only in Richmond but for several North Carolina cities and even Yokohama, Japan. Characterized by its stuccoed walls, tiers of arched windows, and bracketed cornice, Trinity was begun in 1859 but the Civil War delayed its completion until 1866. West’s remarkably tall and slender spire was not added to the entrance tower until 1875. Damaged by Hurricane Hazel, the spire was dismantled in 1955. The church originally held the city’s oldest Methodist congregation. The congregation moved to a new church in Richmond’s west end in 1945, and sold the building to the New Light Baptists, a Black congregation which has since maintained this Church Hill landmark.