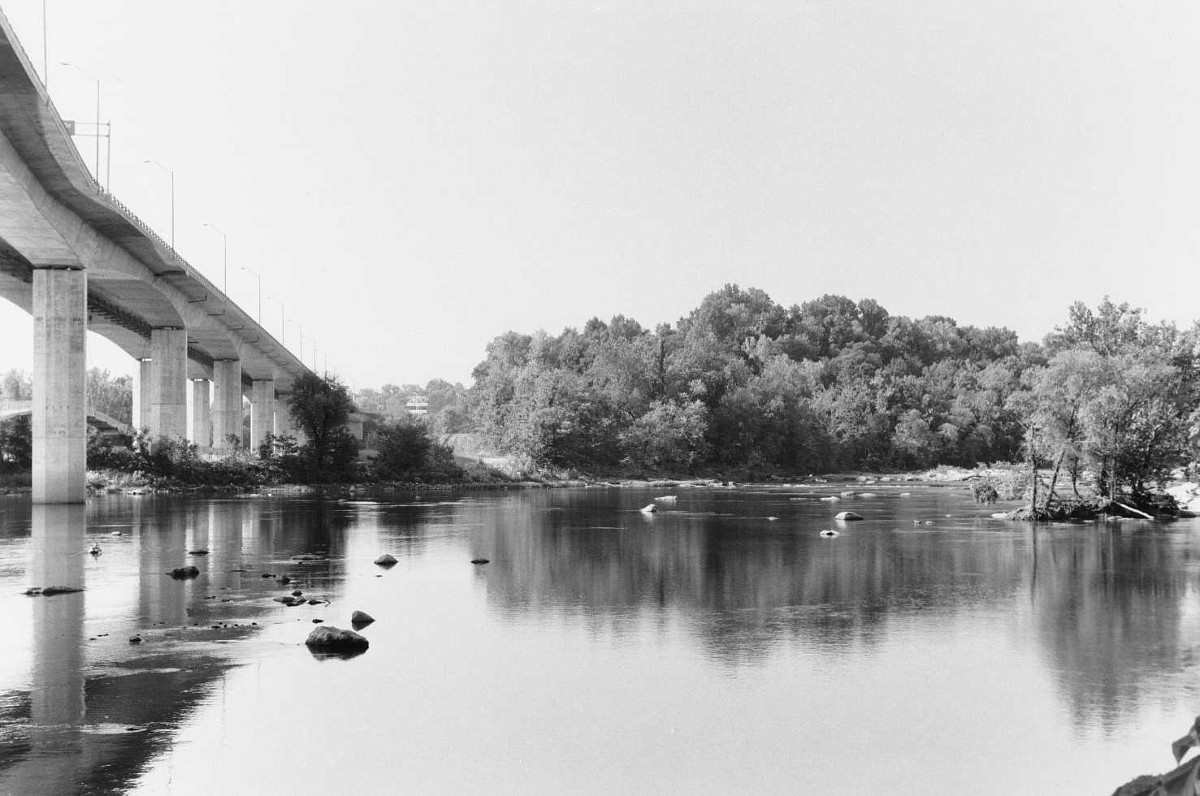 A rugged 54-acre island in the James River rapids, Belle Isle has played a significant role in Richmond history. Capt. John Smith explored here in 1607. The first William Byrd and his heirs owned it for over 100 years. Following the opening of a nail factory in 1814, the island became a manufacturing site. During the Civil War Belle Isle gained dubious national attention as a prisoner-of-war camp for Union soldiers. The camp’s conditions rivaled those of the infamous Andersonville Prison in Georgia. After the war, the Old Dominion Iron and Nail Co. continued the island’s industrial activity until closing in 1972. Factory ruins survive along with granite quarry pits, the stone piers of bridges that once connected the island with the mainland, and the ruins of the 1904 Virginia Electric Power Co. generating plant. Today Belle Isle is a popular city park.