127-0742 West of The Boulevard Historic District 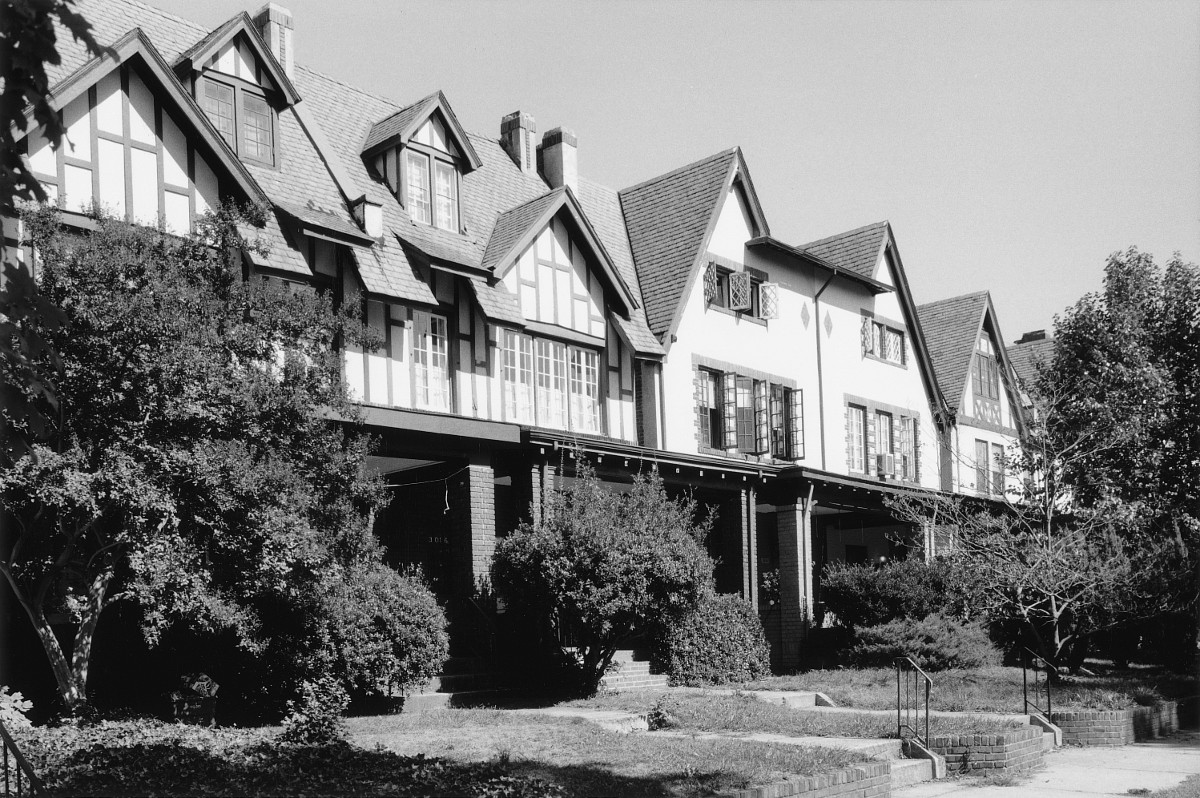 Taking its name from its eastern boundary, this extensive, primarily residential neighborhood encompasses some sixty-nine blocks and over 1,700 contributing buildings. Laid out on level fields of Henrico County farmland, the district developed rapidly from 1895 to 1943, a period of intense economic growth. The straight, tree-shaded streets are lined mainly with attached two-story brick town houses, most of which have front porches. Great variety is achieved within this formula: styles include Tudor, Craftsman, and Mediterranean, although modified Georgian predominates. Interspersed among the mostly middle-class houses are a number of distinctly Richmond three-story apartment blocks with galleried porticoes. The majority of buildings date from 1910 to 1930, when real estate corporations and building firms such as Muhleman and Kayhoe and Davis Brother, Inc. began developing whole blocks. Several churches and schools highlight the district.