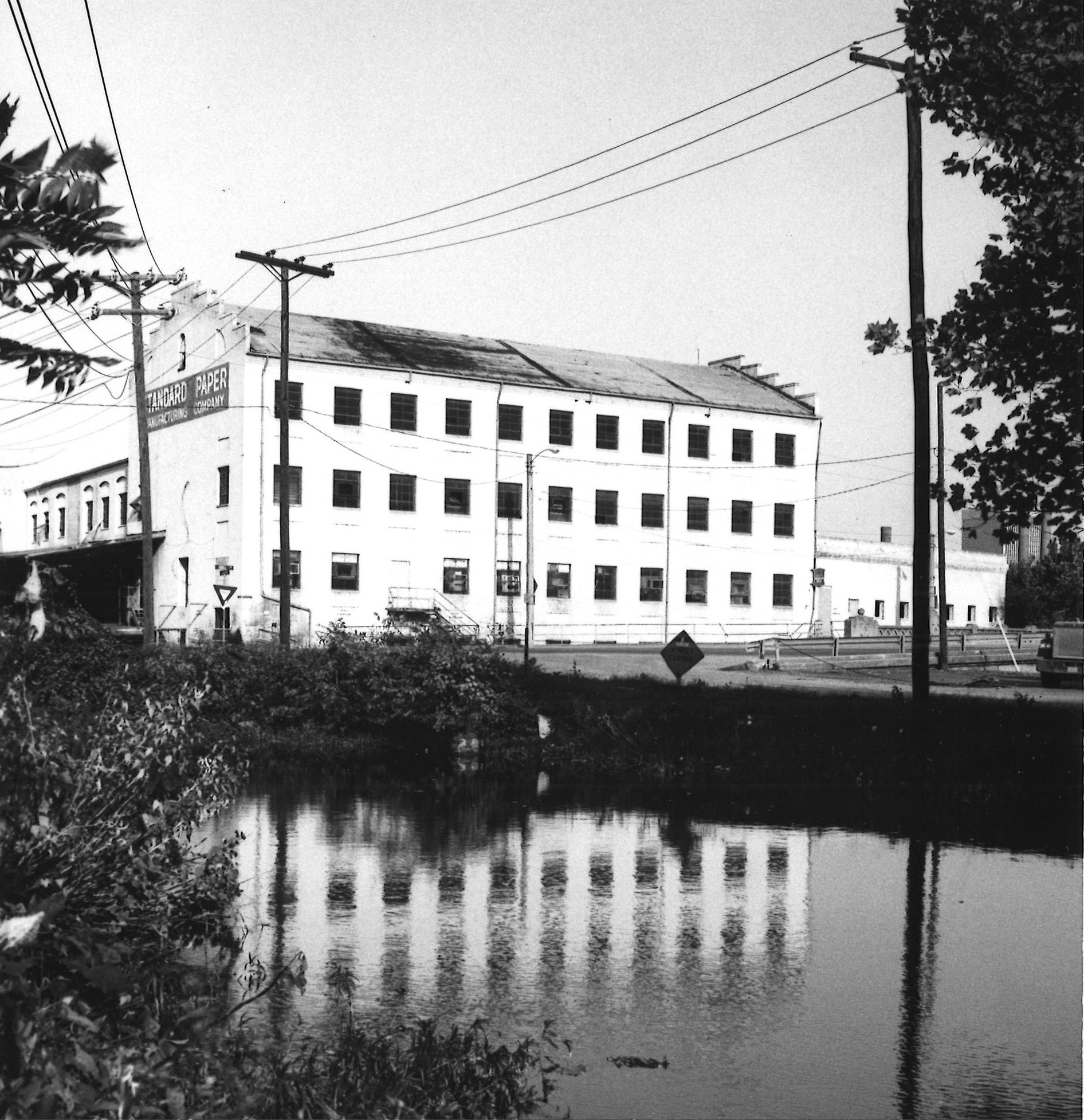 The Manchester Cotton and Wool Manufacturing Co. mill was one of the earliest and most impressive industrial structures in the Richmond area. Built between 1837 and 1840, the four-story brick building on a raised stone foundation with a stepped-gable roof functioned as a cotton and wool mill during the 19th century. In 1901 the building was converted into a paper mill. Although the mill machinery has been removed and the interior modified for use as a warehouse, the little-altered appearance of the exterior of the original mill along with its conspicuous setting on the south bank of the James River parallel to Mayo’s Bridge has made the structure a well-known landmark since the mid-19th century. Located within the boundaries of the Manchester Industrial Historic District, the mill was demolished around 1990 for the construction of Richmond’s flood wall.