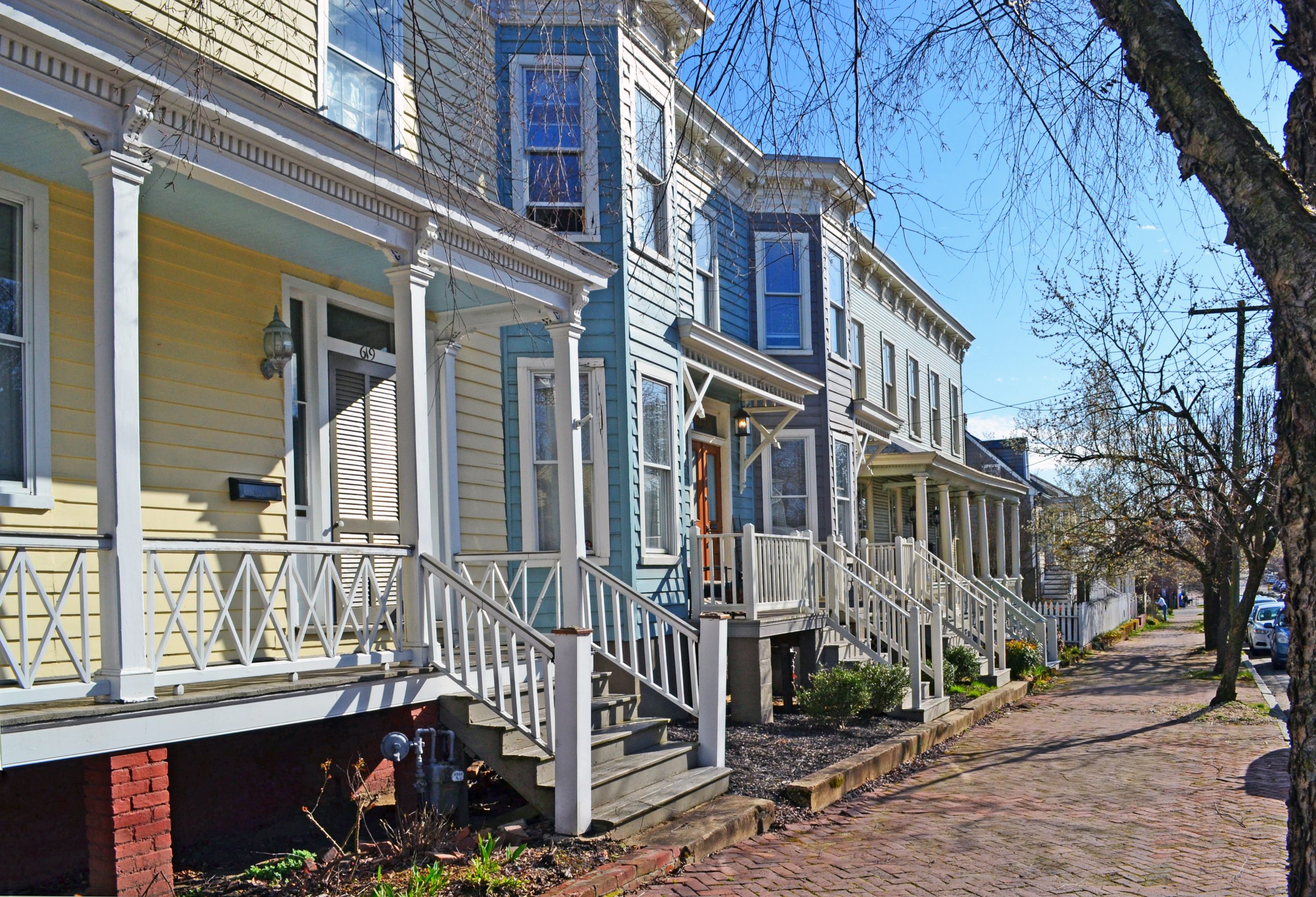 Union Hill Historic District was a neighborhood somewhat separated from the rest of the city of Richmond by a ravine and rugged terrain. This led to the development of a semi-independent community originally laid out on a grid plan at a diagonal to the regular street plan. When the main ravine was filled and the city streets were extended to Union Hill, a number of triangular parcels and cross streets resulted. Some retain original stone paving, which gives the neighborhood an ambiance unique in the city. Along its streets are picturesque cottages and townhouses, from which many residents have a spectacular view of downtown. Commercial buildings and churches are found primarily along Venable, Jefferson and 25th Streets.