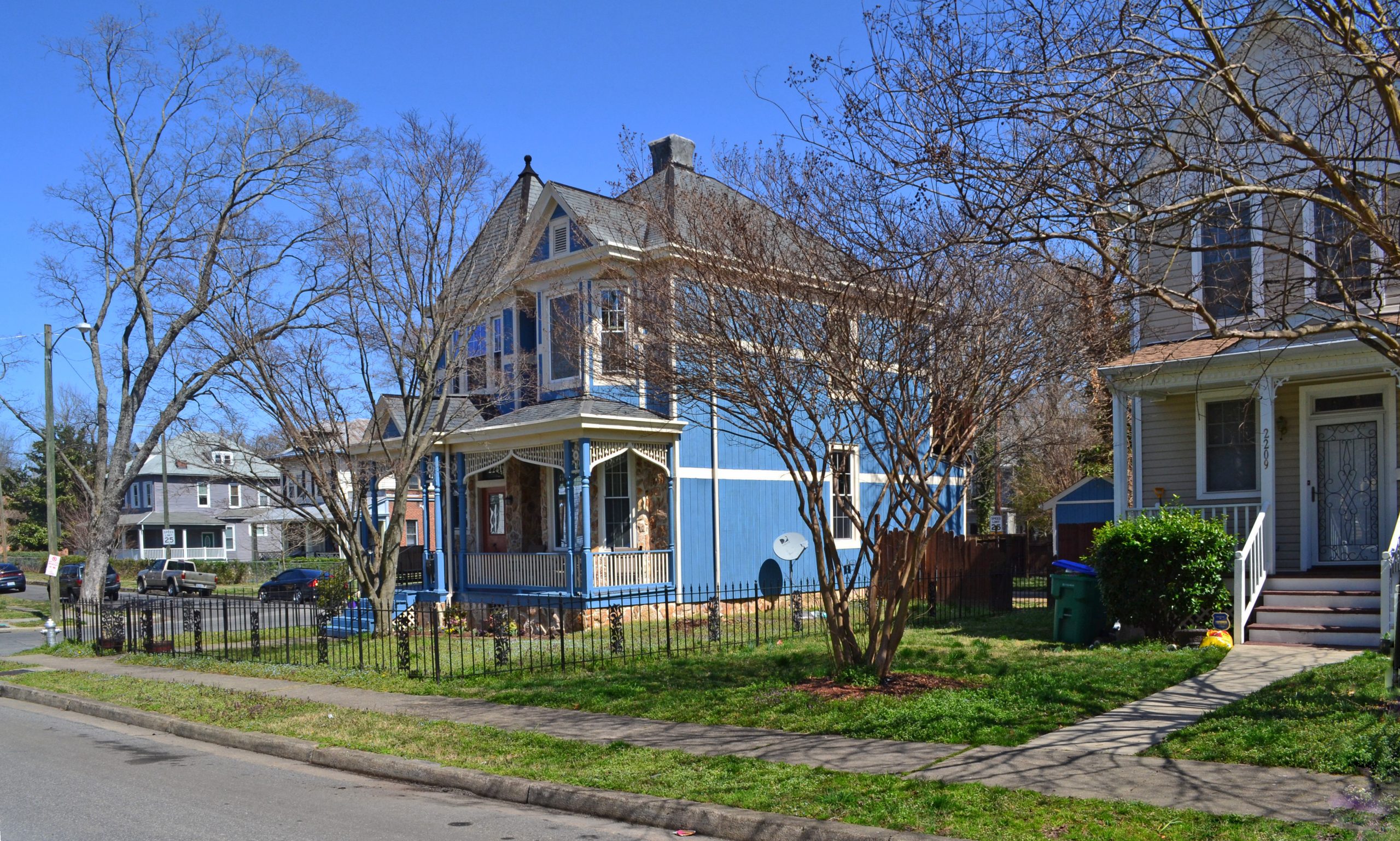 Barton Heights Historic District is a remarkably intact turn-of-the-20th-century residential quarter of today’s Richmond.  The first of a number of private and speculative developments outlying the city’s Northside, Barton Heights was touted as a haven for the renter class of managers and clerks, for whom easy terms would finance first houses and electric rail service (operated by the Richmond Railway and Electric Company) would give quick access to the city center. Barton Heights was a rapid success, and in 1896 became an incorporated town in Henrico County—surviving the panic and flight of its founder James H. Barton, who fled Richmond that same year to avoid his creditors, after bad practices and a depressed economy disgraced him. The town gave rise to a tight-knit community that welcomed annexation by Richmond in 1914 and prospered as a middle-class neighborhood through the mid-20th century.  Barton Heights was one of the first (1894) electric trolley suburbs to be developed in the United States. It is further distinguished as one of the first neighborhoods in the country to be developed using new financing methods like “rent-to-buy” to attract the middle class to speculative housing. The district has a particularly rich collection of frame Queen Anne houses from the last years of the 19th century. Interspersed are early-20th-century Foursquares and Colonial Revival residences completing a composite of mid-20th-century Richmond architecture.