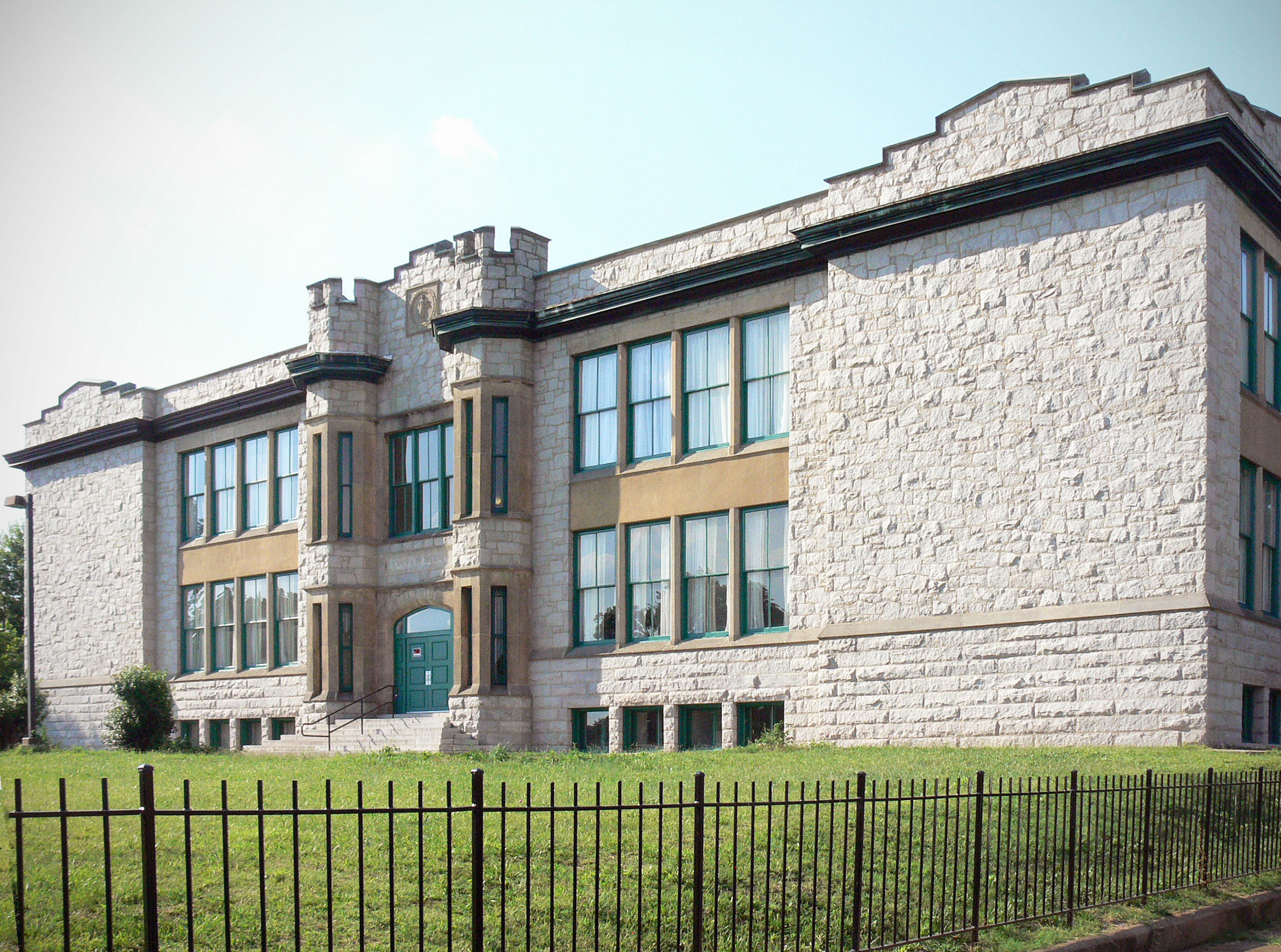 Named for John B. Cary, superintendent of Richmond Public Schools from 1886 to 1889, this castellated granite structure was designed by Charles M. Robinson, the talented supervising architect of the Richmond Board of Public Instruction from 1910 to 1929. In that capacity Robinson provided Virginia’s capital city with a distinguished collection of school buildings including Albert Hill School, and Thomas Jefferson High School. Robinson also prepared master plans for James Madison and Radford universities, and designed buildings for other state colleges. Robinson was adept in various historic styles; his choice of a castellated Gothic Revival mode for the Cary School is evidence of his versatility. Despite its historicism, the building was a thoroughly modern facility when opened in 1913. The name was changed to West End School in 1954 when it became a school for African American students. Closed by 1989, the building was rehabilitated for reuse as assisted-living housing.