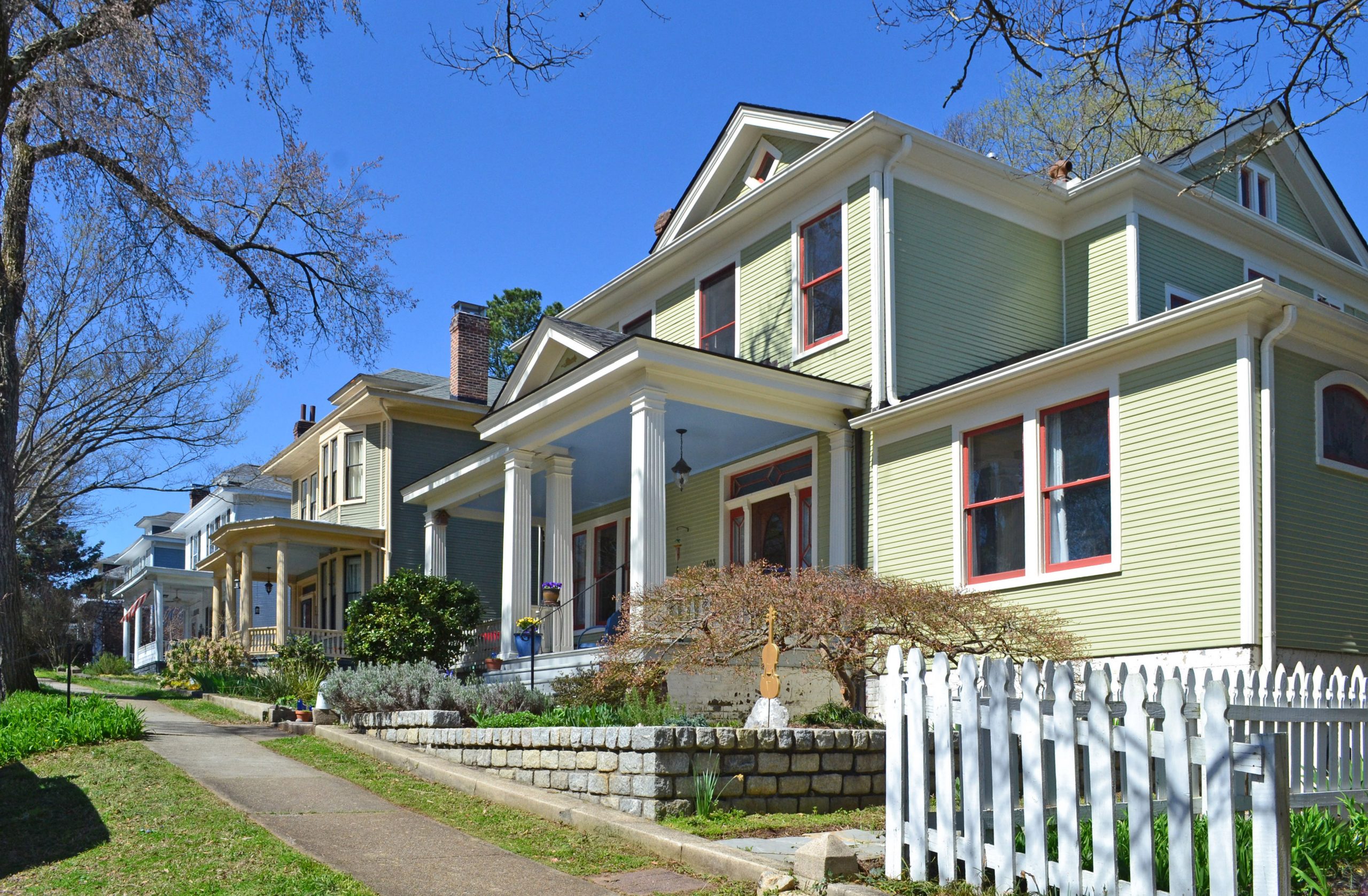 The Woodland Heights Historic District encompasses one of the oldest planned streetcar suburbs in Richmond, where the nation’s first commercially successful electric railway began operation in 1888. Designed and platted in 1889 along the south bank of the James River, Woodland Heights’s park-like feel attracted families dissatisfied with life in the crowded inner city. The district was first established in 1893 by the Southland Development Corporation, though the majority of its houses were constructed between 1914 and 1933. One of three suburban neighborhoods developed along the Forest Hill trolley-car line, the district features a handsome collection of historic houses exemplifying popular period designs including Queen Anne, Colonial Revival, American Foursquare, and Craftsman. More than three quarters of the 80-block neighborhood were built between 1895 and 1935. Today the district’s tree-lined avenues, scenic views of the James River, and proximity to several city parks including James River Park, retain the neighborhood’s historic non-urban sense of identity.