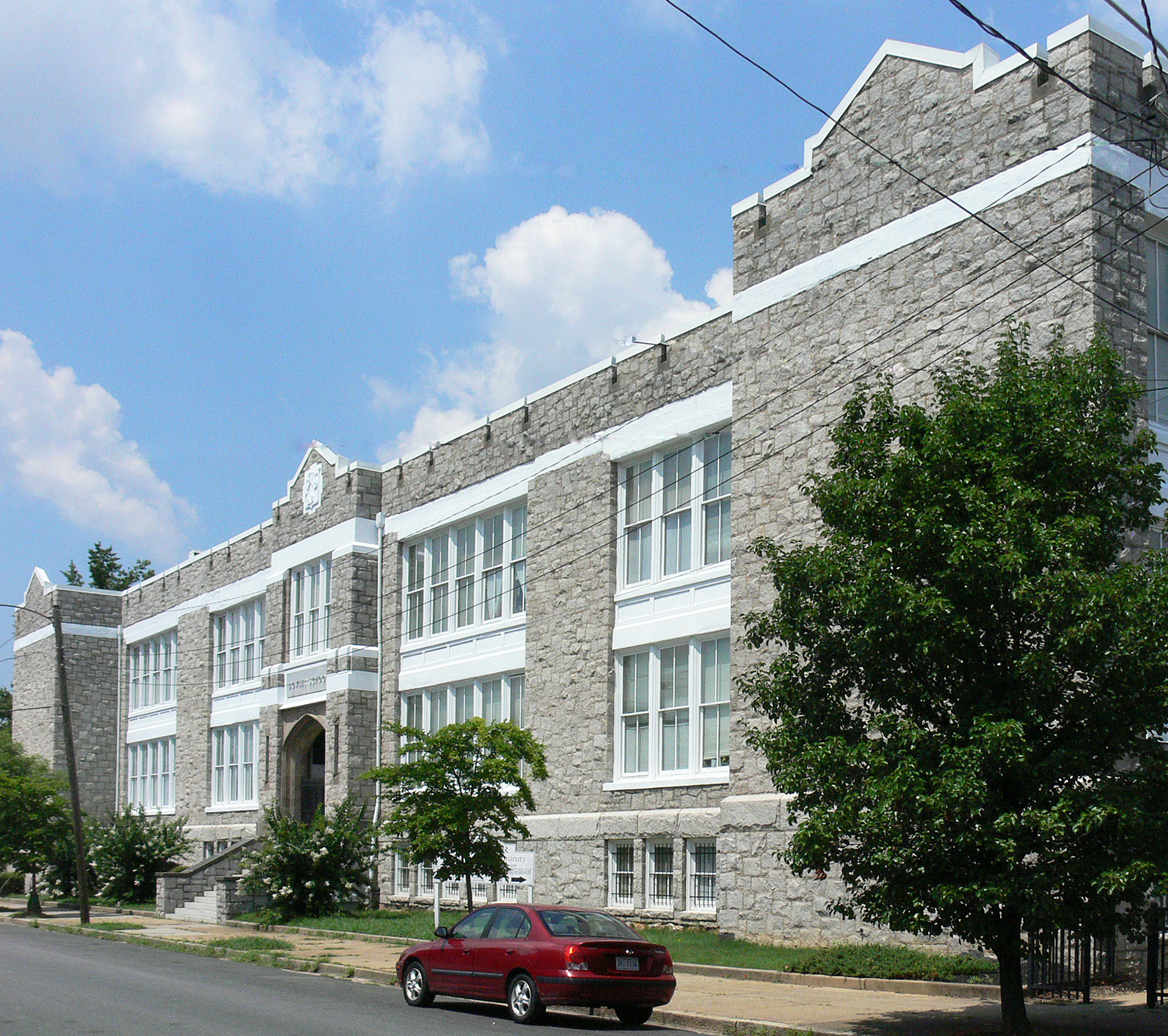 Built in 1913, the Springfield School was designed by the Richmond firm of Carneal and Johnston, which has provided designs for scores of public buildings during its long and still-active career. Faced with Richmond granite, the exterior is in a modified Gothic style similar to that used by the firm for its buildings at Virginia Polytechnic Institute. A two-room school was operating on this site as early as 1869. This was replaced by a brick building in 1880 that was later demolished for the present school. In 1948 the school became the first Richmond public school in the Church Hill neighborhood to admit black students. At that time the name was changed to Bowler School in honor of J. Andrew Bowler, a civic leader and teacher. The school was eventually closed but underwent conversion to apartments for low-income residents in 1996-97.