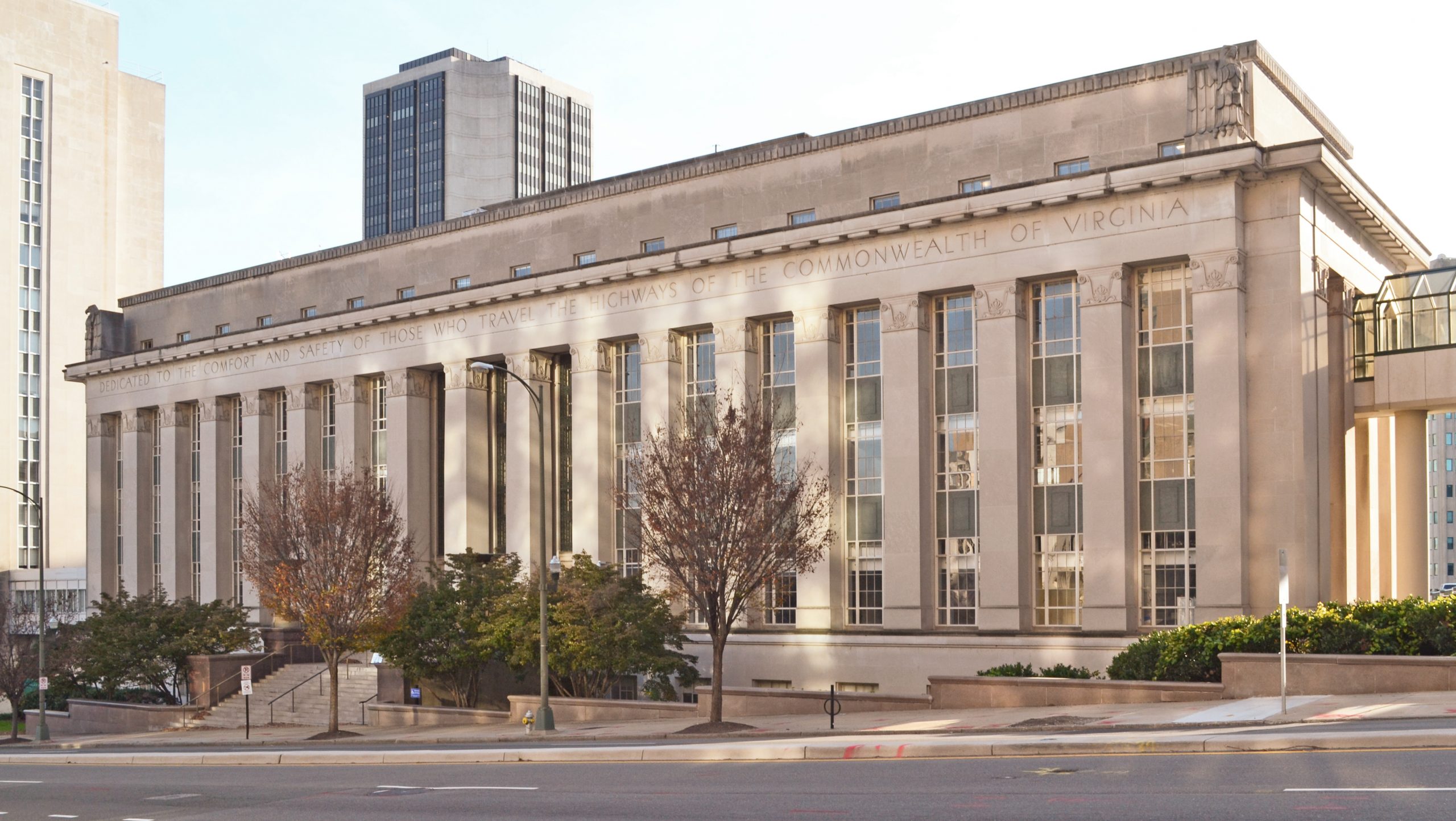 Virginia Department of Highways Building, built in 1939, was a significant manifestation of the Commonwealth’s commitment to road construction inaugurated in 1932 when the General Assembly passed the Byrd Road Act, establishing the state’s secondary road system. Some 35,000 miles of mostly unsurfaced county roads became the new responsibility of the state. The handsome granite and limestone building was designed by the Richmond firm, Carneal, Johnston & Wright in a style variously identified as Stripped Classicism, WPA Modern, or Art Deco. Its monumental formality is appropriate for its dramatic site on a steep hill looking from Capitol Hill over to Church Hill. The four-foot-high frieze on the main elevation is inscribed “Dedicated to the Comfort and Safety of Those who Travel the Highways of the Commonwealth of Virginia.”