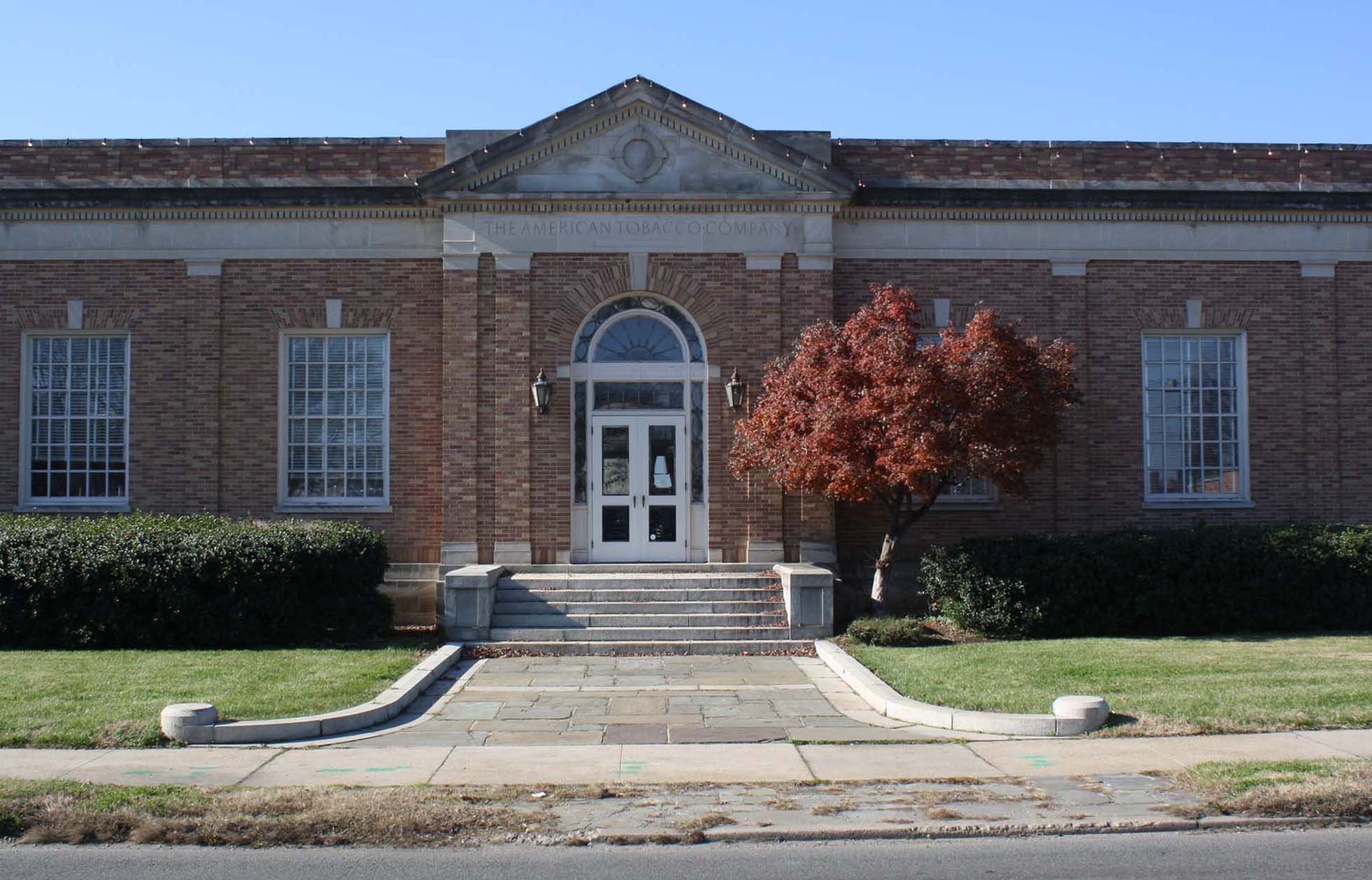 A post-Civil War surge in the nationwide popularity of cigarettes and other tobacco products energized Richmond’s tobacco industry, beginning in 1874, with the construction of storage and manufacturing facilities. The industry flourished into the mid-20th century as a result of mass marketing, enhanced production, and the branding of smoking blends. In the early 20th century, many tobacco companies transitioned away from vertically designed, all-in-one storage and production buildings to horizontally arranged facilities, consisting of separate buildings sprawled across large properties. Two of these companies, the American Tobacco Company and, decades later, the Blair Tobacco Storage Warehouse, established complexes on the capital city’s Southside. The American Tobacco Company South Richmond Complex Historic District is the first and earliest example of the horizontal approach to tobacco storage and production. The district began in 1911 with construction of American Tobacco Company’s first warehouses. The company, the first to open a laboratory to study tobacco’s commercial uses, relocated its research department from New York City to South Richmond in 1929, and ten years later opened a new state-of-the-art research facility where advances took place in tobacco cultivation and processing, as well as research into the health ramifications of tobacco. Warehouses in the historic district also reveal how the destructive tobacco beetle forced companies in the mid-20th century to convert interiors from an “open” to a “closed” design, which allowed for routine fumigation to fight the beetles. American Tobacco Company closed its historic district complex, along with the rest of the South Richmond Complex, in the 1980s.