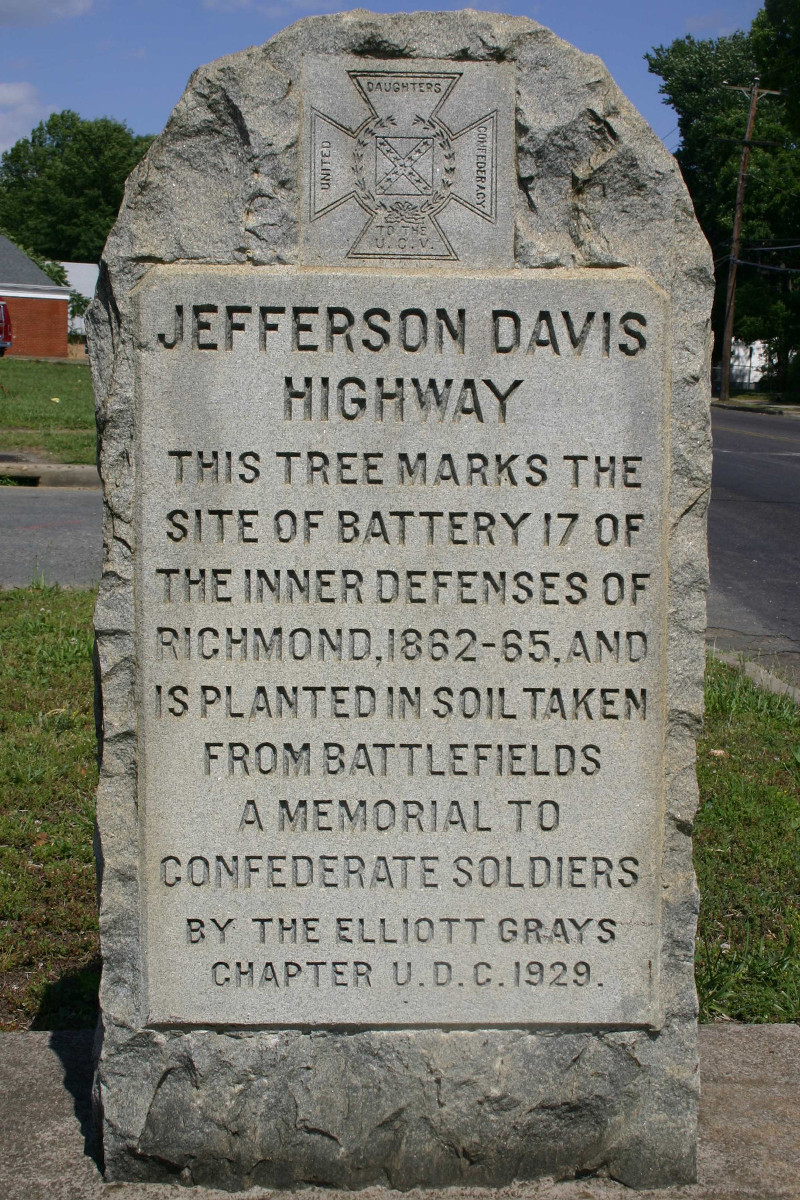 The Elliott Grays Marker, in Richmond, is one of 16 granite markers erected (1927–47) in Virginia along the commemoratively designated Jefferson Davis Highway (U.S. 1). Following the creation of the Lincoln Highway in 1913, the United Daughters of the Confederacy conceived the idea of linking 3,417 miles of various roads from Arlington to San Diego and naming the route for the president of the Confederacy, Jefferson Davis, with signs designating the highway. The UDC promoted the Davis highway in educational brochures and maps nationwide and it considers the highway and affiliated markers to be one of its greatest undertakings. The four-foot tall Grays marker, set on a concrete base, reads: “Jefferson Davis / Highway / This tree marks the / site of Battery 17 of / the inner defenses of / Richmond, 1862-65, and / is planted in soil taken / from battlefields / A memorial to / Confederate Soldiers / by the Elliott Grays / Chapter U.D.C. 1929.” (The tree died many years ago.) The UDC chapter took its name from Company I, 6th Virginia Infantry, The Elliott Grays, a Civil War militia unit organized in Chesterfield County.