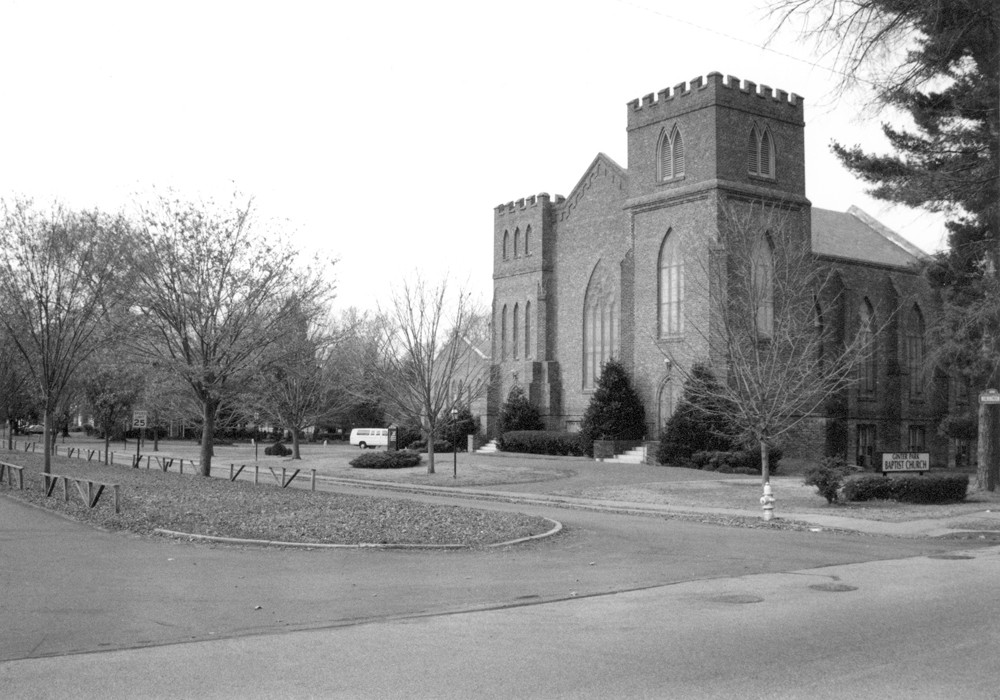 Laburnum Park Historic District is an early 20th-century suburb in Richmond’s Northside. Its major east-west streets feature grass medians with rows of trees. Along these streets are houses in many of the styles popular in that era. By 1907, the district was bordered on two sides by streetcar lines, which made it a reasonable alternative to Richmond’s traditional westward expansion along Monument Avenue and along the river. Here a rural ambiance prevailed as the area included, or was close to, summer homes and important estates like Joseph Bryan’s Laburnum from which it took its name. Following World War II, the Laburnum house became a part of the Richmond Memorial Hospital, an important neighborhood institution that was being renovated as a retirement home at the time of the listing of the district.